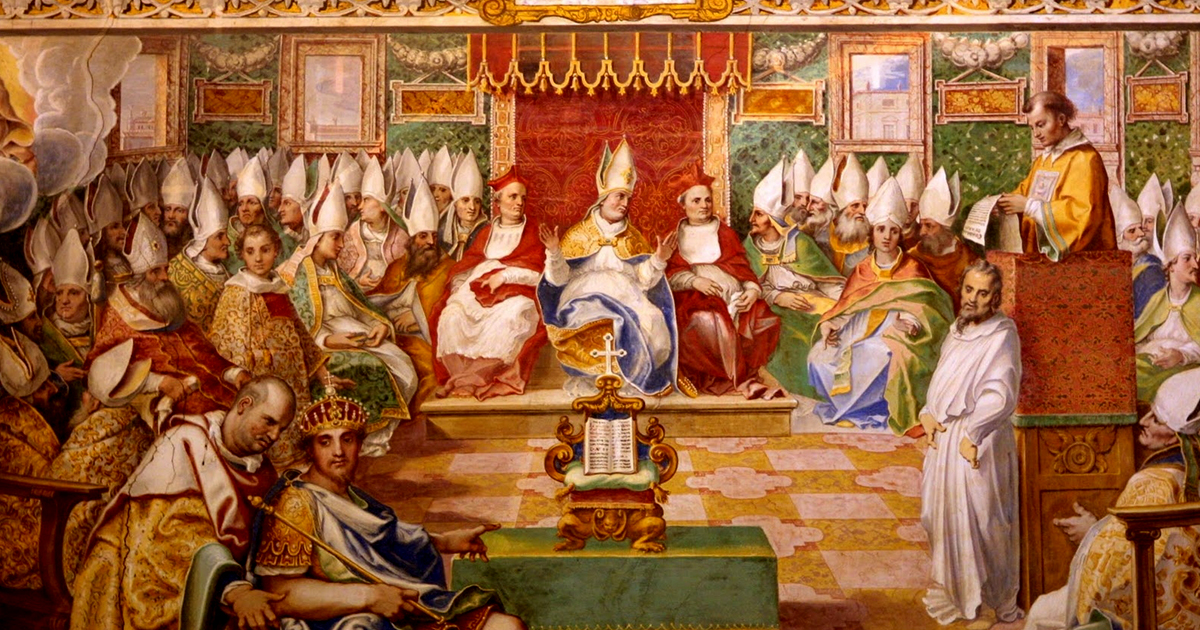 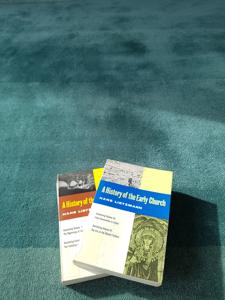 Context: Got a lovely new wool rug for our sun room while reading this.

This is a rare four-volume set focussing on the history of the Christian church from the time of the apostles through to … well, when Lietzmann died in 1942 with the unfinished manuscript sat all over his desk. I picked them up in a charity bookshop in Barnard Castle, where I was having my eyes tested during the Covid pandemic. OK the bit about the eye test wasn’t true, but the rest was.

The timeline runs to about 400 AD and thus takes in a huge span of very important history which would change the face of the world forever. In spanning four volumes (now published in two), it runs to some 1200 pages in length and while that is, by anyone except Proust’s system of measurement, a long book, it doesn’t feel very long considering the amount of history packed into those 400 years of church history,

In fact, Lietzmann does what all good historians should do when they begin a history and that is not to begin at the so-called ‘beginning’ but rather well before it so that we can get a running start when Jesus appears on the scene.

To that end, Lietzmann takes us as far back as the origins of Palestine Judaism as formed out of the crucible of the return of the exiled Jews to Jerusalem under Ezra with its Messianic hope expressed in the Psalms and prophetic writings of Isaiah and others.

What is at once a strength of the volumes is what some readers would also consider Lietzmann’s weakness. He writes with great fluidity and range. Thoughts, personalities, writings, historical trends, cultural insights, all of these flow one into another in a great flood of information. At times it feels more proselike than you would expect from church history.

And thus, this is not a history book where you will find the names of, say, a Roman emperor with his dates neatly appended in parenthesis. No, no. You will find said Roman emperor sketched lightly in pencil in one section, returned to later to be filled in with pen and ink and then, later still perhaps even in another volume entirely, to be rendered in vivid watercolours.

For example, you will discover all you need to know about Clement of Alexandria and his writings, but you will need to read a great deal do so – he is indexed in all four volumes. And while this means the writing is as vivid and multilayered as real life and historical narrative, it does mean you may well come away from 1200 pages of reading wondering if you can actually remember anything about Clement of Alexandria at all, let alone how he differs from Clement of Rome.

To say Lietzmann is verbose would be unfair. His prose presents history probably unlike anything else you may have read and it does an excellent job of making it all very real. The writing weaves the philosophies of characters together with their surroundings and their many influences into a veritable Gordian Narrative.

It’s not hard to see that it’s precisely because of this that you will probably not find these on shelves today. They lack the clarity useful for the scholar and the brevity useful for the layperson. While I’m very grateful for Lietzmann’s work and the fact that I have read them, I will keep them only to provide me with more colourful context when I wish to look up a particular individual or school of thought from these centuries.

Lietzmann died leaving the manuscript unfinished. A note at the end of the fourth volume testifies

Here ends the manuscript as Hans Lietzmann left it at his death on June 25th, 1942.

It probably didn’t help that, at the time, he was 90 pages into a chapter on monasticism which was already the longest chapter in the entire work. Quite where he was planning to go next is unclear.

Nevertheless, his journey to that point is still worth a read to anyone, like myself, who considers themselves to be somewhere between a layperson and a scholar when it comes to the early history of the Christian church.

Context: First book I finished off in my new comfy chair, one of our first buys in Ukarumpa. REVIEW A friend here at Ukarumpa lent me this and a couple…

Context: Finished this off as I waited four hours for my connecting flight to Port Moresby at Nadzab Airport just outside Lae. REVIEW All I could think about was the…

Back when I lived in another world, I listened to The Rainbow, the first of this two volume story of the Brangwens of Nottinghamshire. Rainbow scored 59%. This one has…

Context: Moved my desk to a doorway to get a better wireless connection while reading this. REVIEW The latest in a series of books I’m reading at the moment to…

Another Bellow, another fellow. This time it’s Augie, a Jewish kid from the ghetto who we follow entirely randomly as he grows and flows out into the world and all…

Context: Started this in the Romanian town of Sighisoara (in background), birthplace of Vlad Tepes who some claim to be the model Stoker used for the character of Count Dracula….