My, my, what a sad novel. At the start of it, we have a bunch of characters, a setting, a family, a life going on. And by the end of it, we have A Handful of Dust.

Sir Tony Last owns a very large, not very beautiful country estate and is married to Brenda. They have one young son whose given names are exactly the same as mine: John Andrew. Out on the fringes of their existence is a young man called John Beaver who comes to stay. Tony avoids John when he comes (he’s not one for strangers anyway) which leaves Brenda in the role of host. After this, Brenda decides, against her deepest feelings, to begin an affair with Beaver simply it seems for something to do. From this point on, Tony is doomed.

As the story progresses, Tony loses his grip on all he values one item at a time. Meanwhile Brenda thinks that she is finding what she’s never had. Tony’s downward spiral has them both sucked into the vortex.

As with Vile Bodies and other Waugh novels, this is not one that will make you feel good about being human. It might make you feel good about not being born into 1920s British aristocracy, but you will definitely not find  your belief in humanism reinforced. Waugh’s genius lies in capturing the complete futility of the lives of the British upper class during this period.

While it is not an uplifting read, it is definitely a page-turner, particularly once Tony’s adventure overseas begins. I’d not really experienced Waugh’s ability to build suspense or his Dahl-like way to add horrendous twists into his novels. This is a very well-written novel and I feel it’s a shame that this has been taken off the 1001 list because that may make it less accessible to generations growing up without a clue about Waugh.

Anyway, this is a biting satire that, quite accurately in my opinion, depicts the worst about my passport culture. 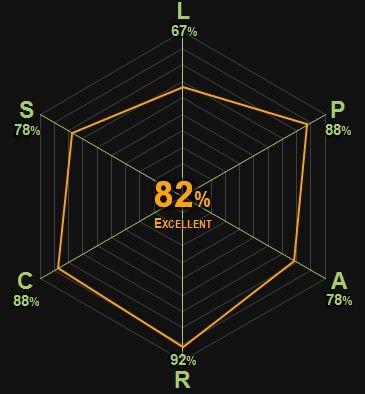 This memoir is basically a eulogy to Gary’s mother. Seeing as I have never really had a mother to speak of, this was an interesting one for me to read…

Context: Finished this off in bed at the in-laws’ REVIEW Never read any Balzac but certainly will do again. This is a lovely period piece that gives you a great…

Context: Finished on the Trans-Mongolian railway somewhere in the Gobi desert. REVIEW A very compelling description of the infamous Russian camp system which strikes a great balance between the politico-historical…

Not as easy to follow, Achebe’s third novel in his African Trilogy is a less straightforward narrative than his famed Things Fall Apart. Although both novels focus feature Nigerian male…

A very, very long time ago, when he was just a wee lad, Arukiyomi attempted to read this and didn’t get too far. This time, I listened to this via…

REVIEW: Narrated by one of the three main characters, a young upstart whose zeal makes up for his naivety, this novel is fairly simplistic. In fact, the great irony of…