REVIEW
Picking up where Regeneration leaves off, Barker’s second book of the Regeneration trilogy was, I thought, in many ways an improvement on the first. The story of shell-shock deepens and while Regeneration showed the response of the medical profession to this condition, Eye tells the story of society’s response, in particular that of the Army itself.

Billy Prior, one of many patients at the Craiglockhart Hospital of Regeneration now becomes the protagonist. The story follows his resumption of Home service, his developing relationship with Sarah Lumb and his continued treatment by William Rivers who has moved to work at a hospital in London.

Billy’s bisexuality comes to the fore in this novel and, just ten pages in, you’ll have struggled to read his first sexual encounter. While I didn’t care for the descriptive nature of them, I do appreciate Barker creating Billy with such a disposition.

I think a bisexual nature works as a literary device for a character who shell-shock has divided into two extremely different and yet equally destructive personalities. The Eye in the Door develops the depths of Billy’s shell-shock much further than even experienced in his time in Craiglockhart Hospital in Regeneration. He finds that he’s blanking out for hours at a time and coming to only to find that he’s been operating as a completely different character he has no control over… with disturbing consequences.

And bisexuality, like shell-shock, was something that society at the time could not deal with head on. There are more reflections from Billy that hint at what might have given rise to such a predilection. Again though, like shell-shock itself, Billy illustrates that the understanding between the causes and their effects on the psyche are little understood. Billy himself, as with his shell-shock, seems to be helpless to manage the urges that bisexuality brings and, as with shell-shock, doesn’t question them as anything but natural. This kind of writing may spark debates which could potentially divide many a book club of close friends I fear.

I think Eye is more complex than either Regeneration or the final book, The Ghost Road. It’s a very vivid description of the society of Britain at the time and is very valuable for that. It’s a rare glimpse of WW1 from the perspective of the Home Front which I don’t recall ever having been considered in any other WW1 book.

There’s a lot going on here both in terms of the characters and the depths of their experiences and society as a whole and the way that Barker portrays it. I think it would be a good one to re-read. Trouble was, I had to finish it fast to pass on to a friend. I think it deserved more time than I could really give it. 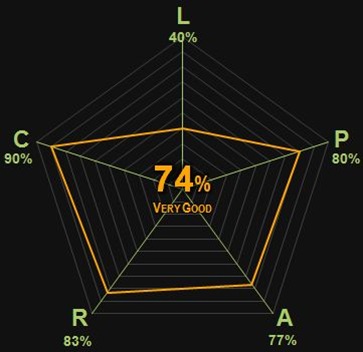 Reads very much like Wharton but with religion as its theme rather than morality. Stark, grim and dark all the way through, a great caution for anyone involved in religion….

Context: Finished this off on a run through the autumn leaves reminiscent of the red weed. REVIEW As a young teenager I was fascinated by Jeff Wayne’s musical version of…

Following on from recently finishing Tropic of Cancer, Mrs Arukiyomi picked this one out for me. I thought I was in for the same rollocking ride that Miller took me…