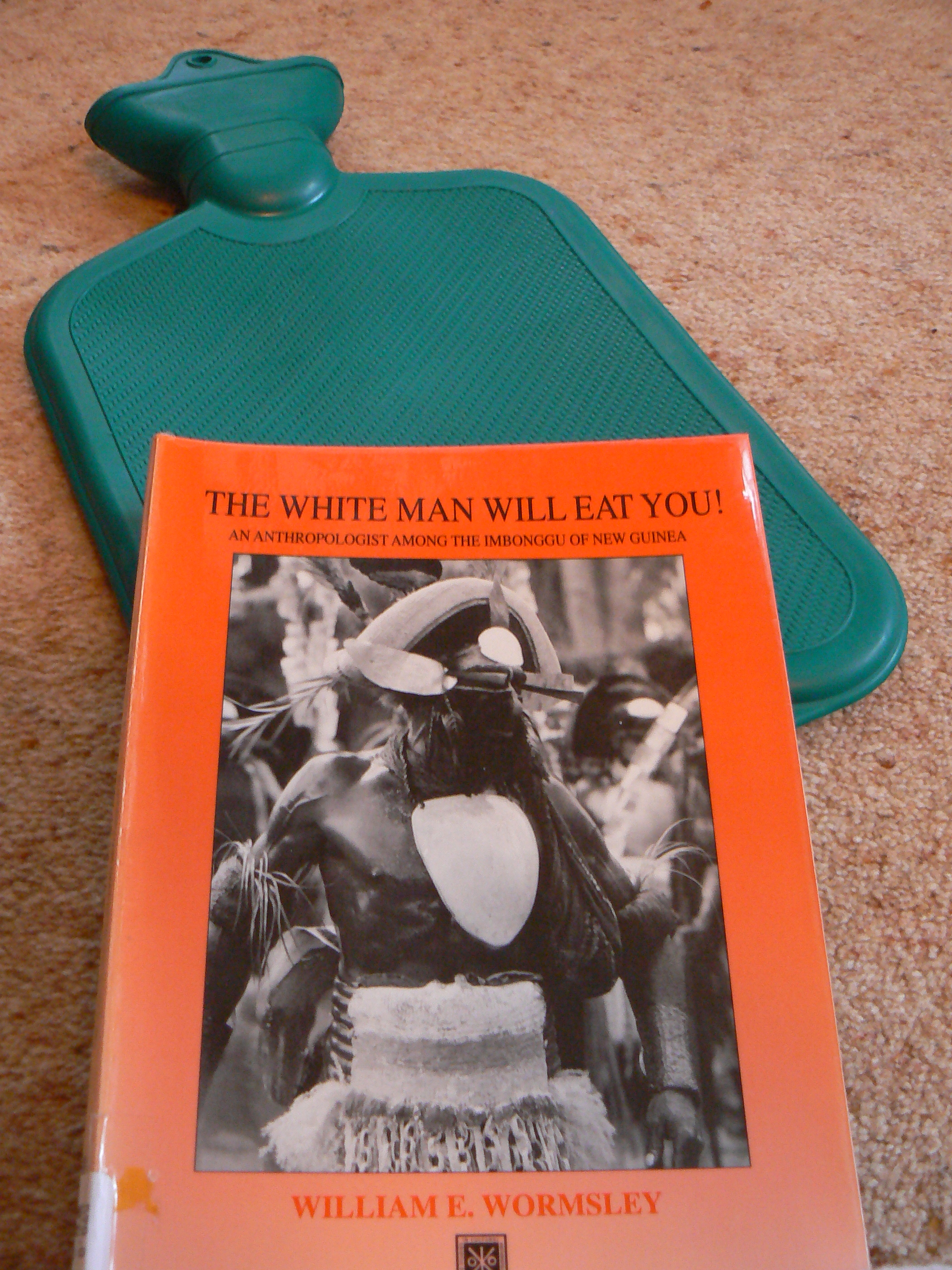 Context: Finished this off while using a hot water bottle to ease an ache in my hamstring. Too much jogging.

REVIEW
A good ethnography gives you an inside view into the culture of a group of people you probably have nothing in common with. It’s rich, it’s exciting, it’s engaging and it broadens your mind by giving you an appreciation of how the world is seen through other eyes. Wormsley’s book does none of these things very well at all unfortunately and this is a great shame.

I’m not sure I get what Wormsley’s agenda was in Papua New Guinea. He had a golden opportunity to get under the skin of a group of people so as to understand how their society functions and communicate it to us. But the book is as much about himself and the expat community in PNG as it is about the tribe he lived with.

There’s none of the painstaking attention to detail that I’ve come to expect from ethnographies, especially from this series. Neither was there any seeming attempt to rigorously apply the scientific framework that ethnographies usually work in with analyses of societal mores, histories, beliefs, relationships etc.

I gained precious little understanding of the tribe he described so fleetingly and I ended the book wondering how he had the gall to put it all down on paper and sell it to us as an ethnography. Yes, there are some details of life in the tribe but many of these seem to have been fortuitous, like the time his deepening relationship with an unmarried woman in the tribe led to her almost being banished and a very embarrassing apology required. It shocked me that, as an anthropologist, he’d be so naive as to end up in such a situation. It shocked me even further that he would depict himself standing his ground on the issue as being worthy of publication. I’d be very ashamed of that.

So, there are much much better books out there to help us understand the world of the tribes of Papua New Guinea. I wouldn’t waste my time with this one if I were you.

CLOSING LINE
I know what he would have meant.

Context: Read this while at work in LCORE, Ukarumpa, PNG. My working home for the last 2 years has been the office on the right of this building. REVIEW In…

REVIEW This book deals with issues that I’ve always queried, ever since my family encountered magic and witchcraft in west Africa when I was a teenager.

REVIEW If you’re into Welsh, this is the book for you. I’m not and I’m reading this in preparation for language survey work in PNG. So, was it relevant? Juuuuuust…