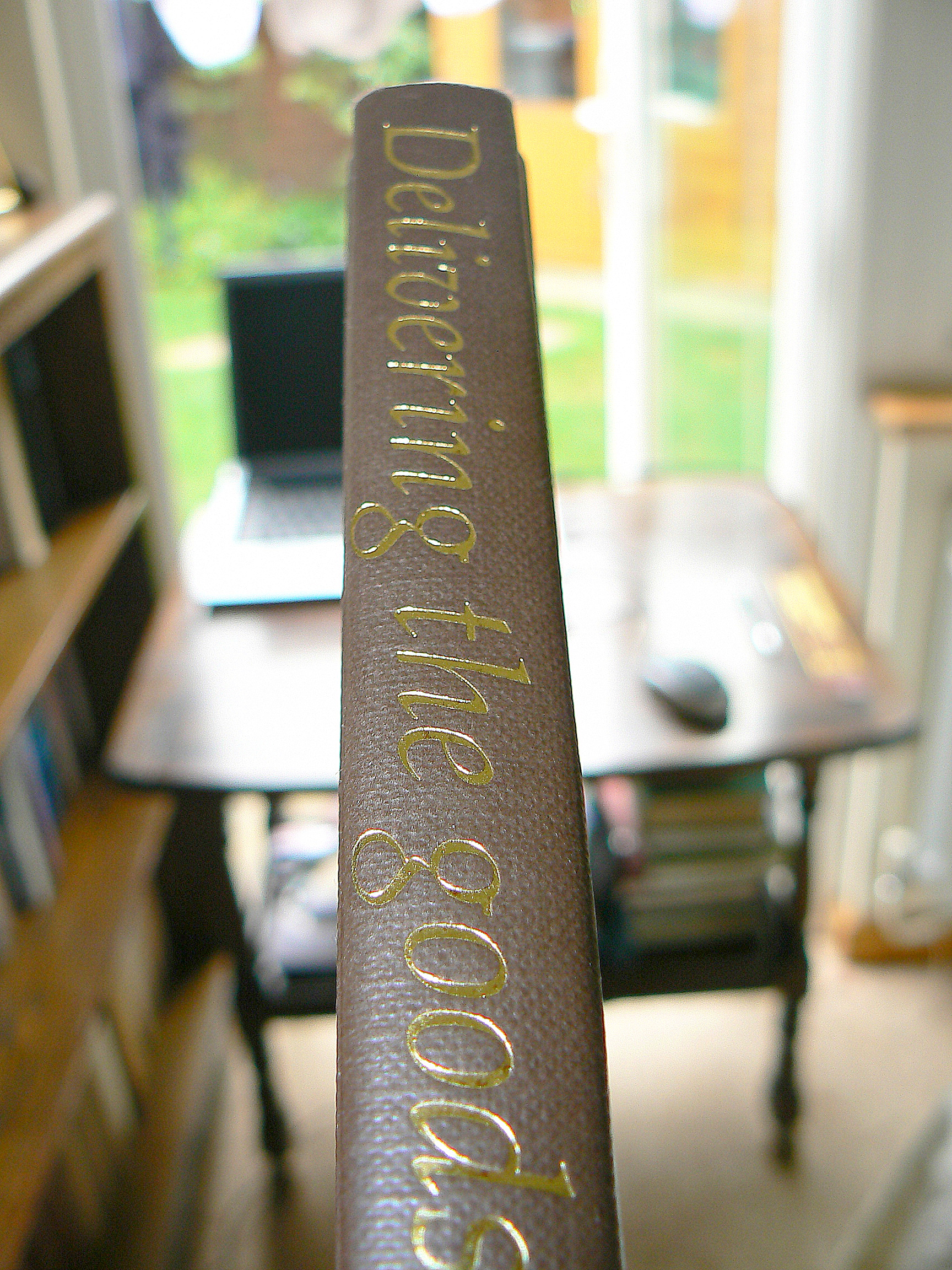 Context: Moved my desk to a doorway to get a better wireless connection while reading this.

REVIEW
The latest in a series of books I’m reading at the moment to inform me about the cargo cult movements of Papua New Guinea. I seem to be reading them in descending order of merit. Swatridge’s book I was looking forward to in particular because it was written twenty years after the others and I was hoping for some perspective and a more informed view being as it was published in 1985. Unfortunately, the man is a teacher and not an anthropologist and this shows quite clearly.

I was also hoping for more about the cargo movements. The book disappoints on that front. What Swatridge does provide is a sketch (and I use that word purposefully) of the history of education in PNG up to the mid-1980s. As this spans the change to independence this is important. But there’s nowhere near enough detail in the 150 pages of this to give you much insight.

What insight there is comes not from Swatridge but his students. I’d have liked to have heard more of them. He quite often quotes passages they wrote in response to an assignment to investigate attitudes to cargo-ism among students’ relations. They are fascinating.

But theres no real attempt to do any new research on attitudes to cargo. Most of the book is an assembly of quotes from other more well-known writers on the subject who Swatridge quotes from liberally.

What he’s also very liberal with are a whole smorgasbord of quotes of novels written exclusively in former colonies, most of them British. Both these and references to former colonies around the world are so woven into this novel that, if taken out, it would probably be shorter by about 20%. As the book is subtitled Education as Cargo in Papua New Guinea I found this unnecessary and distracting.

Throughout the book there seems to be an underlying cynicsm for PNG attitudes to education. A passage that riled me in particular has him quoting a national answering the question as to why he wants education. He says he would like to be able to check the coffee buyer’s scales. He goes on to conclude that there must have been many a New Guinean whose dreams were superficial and egocentric

For the life of me I can’t see why people should be criticised for this. Very few of us engage in education for anything but egocentric reasons? And why is not being ripped off judged as superficiality? It seems a perfectly legitimate reason to what to learn numeracy.

Typically for someone without a grounding in anthropology, Swatridge isn’t aware of his own prejudices. For example, there’s only tacit acceptance of the fact that the same motivations that fuel PNGuineans desires for education drive our own too. And this admission comes on the penultimate page. Too little too late for me.

FIRST LINE
It was gold that first attracted white men up into the Highlands in any numbers.

It would be a bold spirit who would assert that cargoism is a spent force. It is still manifest in traditional forms in the Western Highlands, among the Enga, and in villages and urban slums elsewhere. And cargoism is not dead, as an underpinning philosophy, even on the university campuses, and in the House of Assembly. Cargo activities may be muted, they may even be eradicated, or be laughed out of court. But the intractable, hard core epistemology of cargoism survives – and it deserves to be taken seriously.

CLOSING LINE
We cannot take stability for granted in the longer term if [Kilibob] does not [learn to share the cargo].

Context: Finished this off as the wife was cleaning jewellery which had gone mouldy whilst in storage in Papua New Guinea. REVIEW In the missionary-lore of Papua New Guinea, the…

Context: Just after I finished this off, a 7.3 earthquake with more explosive force than an atomic bomb smashed a pot in our living room from 100 miles away. REVIEW…

Context: finished this off on the ferry from Turkey to the Greek island of Samos. The final book of four gothic novels that I’ve been reading over the last few…

Started out alright but Rushdie can’t seem to just sit still and be a good boy. No sooner have you got settled then he’s up and off on some mad…

Oh, what a question? How could you even ask that? But, yes, this is exactly the kind of question Islam should be subjected to. For the last 200 years, beginning…

Context: Finished this off on the day when I finished the second draft of my own book for the publishers. REVIEW I’m wondering if this book will somehow define a…