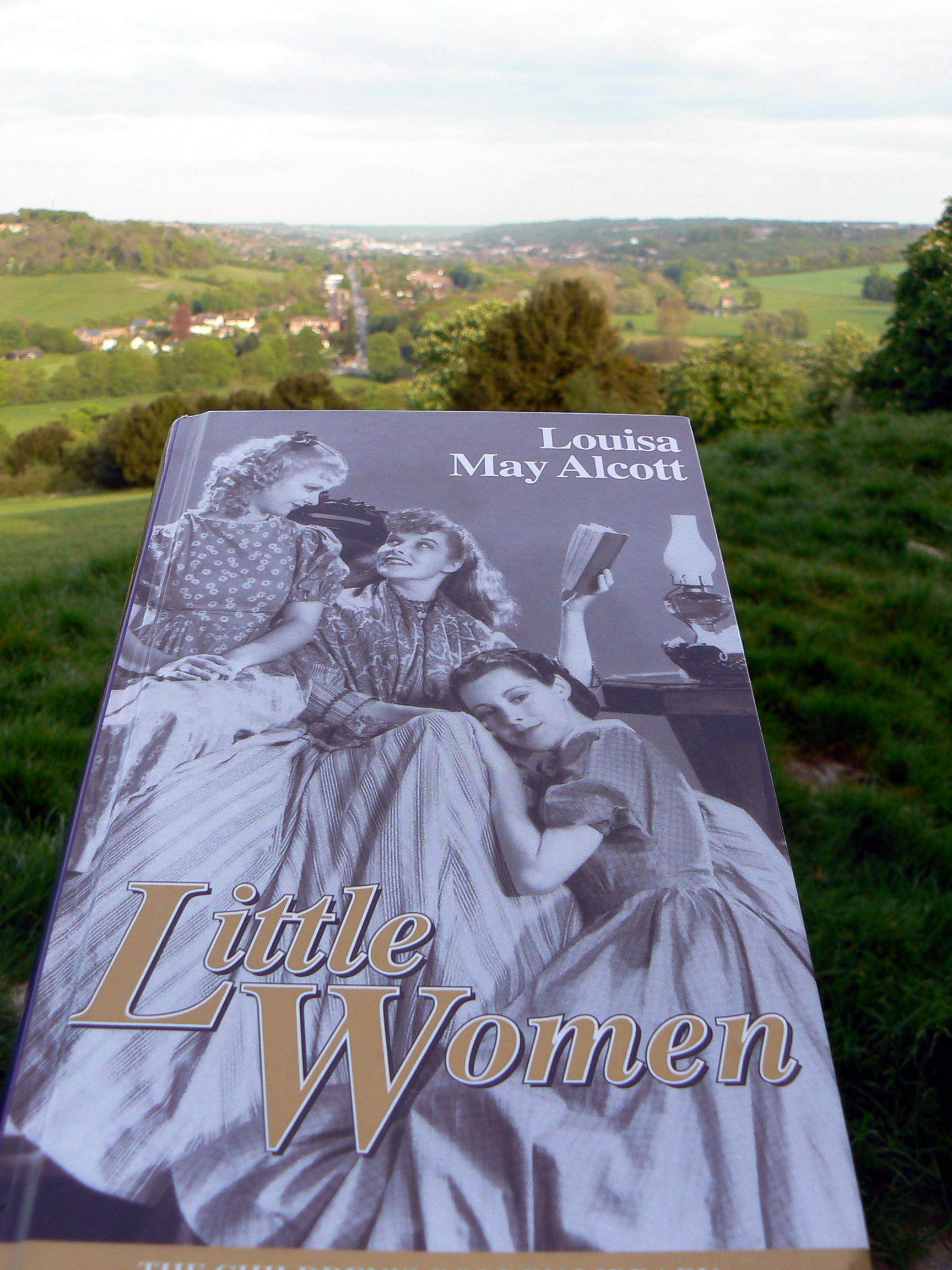 Context: Took this along as Mrs Arukiyomi and I walked up the hill at West Wycombe and took in this view of High Wycombe from our favourite bench up there.

REVIEW
This is labelled as a classic. I can’t for the life of me understand why unless (and it’s a big unless) it was somehow groundbreaking in its genre (whatever that was.) I’m willing to accept it as a classic if so but only reservedly at that. I kept waiting for something to happen or for the writing to develop any sort of depth but it disappointed me.

The story is set during the US Civil War and, despite this, very little reference is made to that rich historical background. It’s sanitised so effectively that even the only family member that is directly involved (the father) only gets ill as a result. Ill? Ill?! Over half a million servicemen died in that period and he gets ill?

The family is portrayed as suffering the greulling hardships of not being rich. Note that this doesn’t equal being poor. It’s almost a fate worse than poverty, for at least the poor command sympathy. But, a la Austen’s Bennet family, the curse of middle-class mediocrity hangs over them like a pall. This would be bad enough if, like Austen, there was a bit of wry humour and irony sown here and there. But no, Louisa May instead sows piety of the worst kind. The answer to everything from Mrs March’s point of view is “Try to be good.”

In fact, for me, Mrs March is the epitome of sanitation. Her spirituality is really a cloak of stoicism. Nothing rattles her exterior. She’s been stifled by her situation so effectively that all she can do now is resort to pursing her lips. That message of spirituality is truly unhelpful for those like you and me whose lives are dramatically more messy than that of the Marches.

The greatest insight that this book gave me though was in my continued attempt to understand the fundamental differences between the divergent cultures of the the UK and the US. I think Pride & Prejudice and Little Women should be read side by side by anyone who wants to accompany me on my search. They might also make you realise where Alcott’s inspiration (ideas?) came from…

that pretty much sums it up for me.

FIRST LINE
“Christmas won’t be Christmas without any presents,” grumbled Jo, lying on the rug.

CLOSING LINE
Whenever it rises again, depends upon the reception given to the first act of the domestic drama called “LITTLE WOMEN.”

Find out more about Louisa May Alcott.