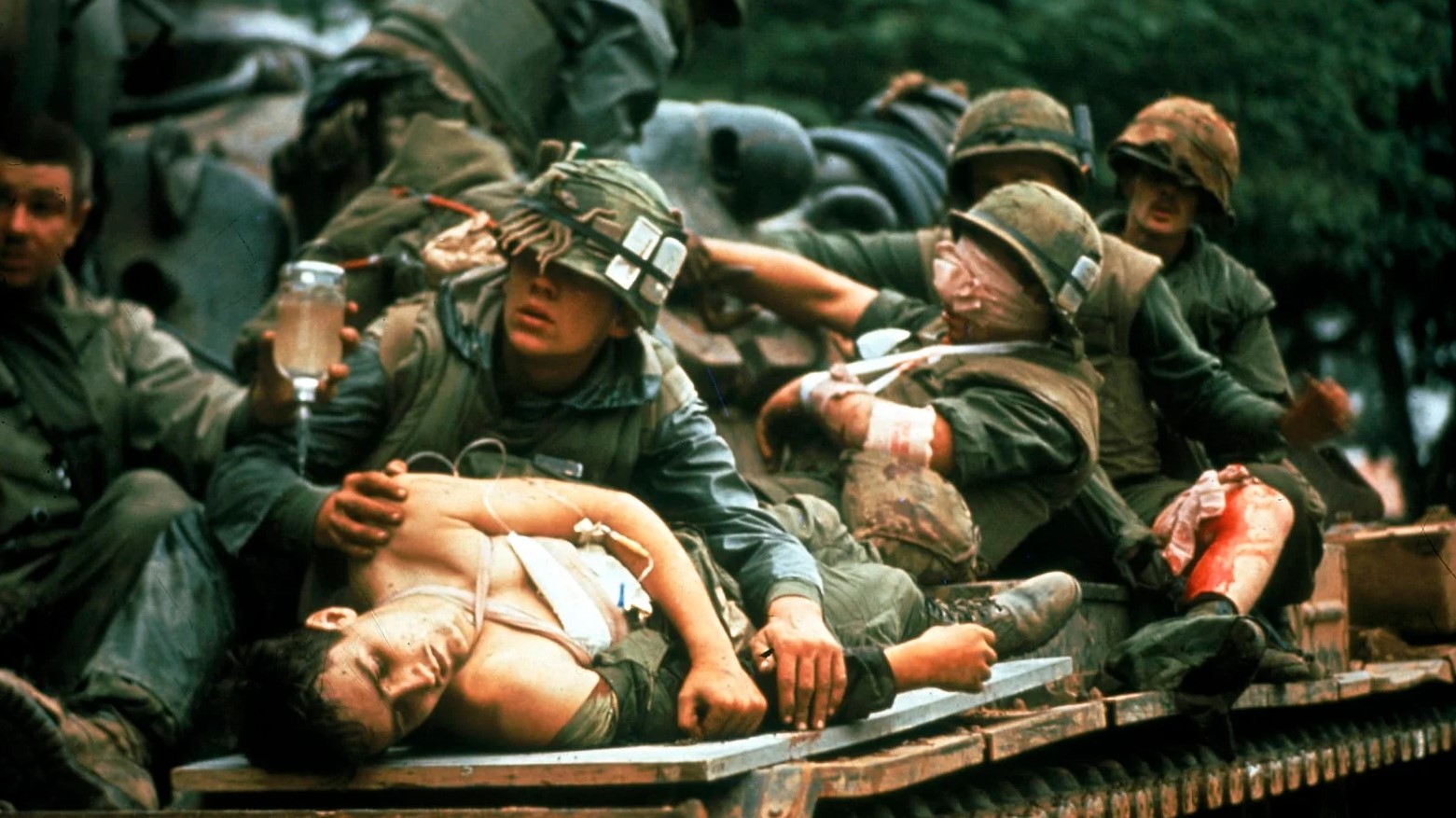 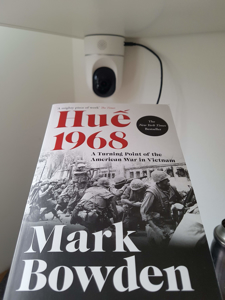 Context: Installed a security camera in the kitchen while reading this to stop the cats jumping on the worksurfaces!

While Max Hastings attempted to do the impossible and cover the entire 14 years plus of the American War in Indochina, Mark Bowden humbles himself before the historic edifice and accepts that a focus on Hue alone will convey all you need to know. He’s not far wrong.

Hue had, until January 1968, escaped the conflict relatively unscathed. It was chosen by the Viet Cong because of its historical significance as a major target in the meticulously planned and executed Tet Offensive. They very nearly captured the entire city in 24 hours.

Crucially, however, they failed to completely eradicate two small bases belonging to the South Vietnamese and the US military despite having the forces to do so. It was from these two small bases that their enemies mounted campaign after campaign that eventually, after 31 days’ of fighting managed to drive them into retreat. By that point however, the US government had suffered such a pounding in its national press that their withdrawal from the entire conflict was inevitable.

The strength of Bowden’s work is the detail in the telling of individual stories. You follow people from both sides, civilian and military, young and old. You see what they suffered, you follow how they have suffered since and understand that they suffer still. Bowden builds the battle out of these intimate episodes and thus gives a perspective you never quite get from Hastings’ tome.

The book is an excellent read; don’t pick it up at bedtime if you’ve got to be up early the next day. I’d recommend a couple of things to supplement it: firstly, make sure you get yourself a good supply of photography from the web. The images in the book are good, but Hue provided some of the very best war photography including the not-to-be-missed works of Don McCullin. Secondly, when you get to the part where Walter Cronkite visits, it’s worth pausing to watch his documentary on YouTube. There aren’t many films which have been so influential in world politics as that one ultimately was.

If there’s a weakness in Bowden’s book it’s that it is balanced more heavily in the telling of the US story. This is inevitable not only because of the simple fact that it’s a tale in English, but from the fact that the vast majority of stories from the Viet Cong side are very hard to get hold of.

Despite this, in comparison to Hastings’ Vietnam, the reader gets far more insight into what the battle was like for the Viet Cong. This is essential to redress the balance in English literature of the US side of the story (critical or otherwise). As it was the Viet Cong who were the underdogs and the ones who had a legitimate cause, the fact that some, like veteran Nicholas Warr, condemn Bowden for this seems ludicrous to me.

That the ironically named Warr has the ability to correct any errors in his story by publishing on his own website only serves to illustrate the reason why Bowden’s telling of the socialist side of things is important. When those who fought with the Viet Cong do tell the truth of their experiences, even today they risk ostracism in a nation that has fought and died for its own choice of socialist ideals. Bowden admits as much in his epilogue. Vietnam chose national freedom over freedom of the individual. Warr’s vocal criticism only serves to illustrate the lack of genuine desire US forces had to actually liberate the voice of the individual Vietnamese from socialism. If he truly wants them to experience democracy, he would applaud any efforts to tell their own tale.

Context: listened to this while I took the car to get its MOT. It failed, then, after some new front brake hoses and a tyre, it passed. REVIEW A loooooong…