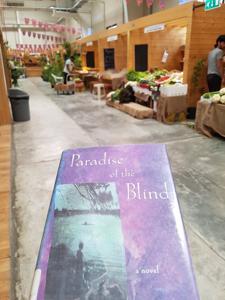 I thought this was going to be really good. It was the first novel translated from Vietnamese to English even though it was only published in 1988. That says a huge amount about many things, most of it supposition.

The plot follows the life of Hang, a young woman, in a series of flashbacks and contemporary reflections. We follow her as she studies in Moscow and visiting her ageing uncle there.

As she grows, she discovers what has caused the tensions between her, her mother, her aunt and her uncle, and she fights to keep in play multiple loyalties.

Her childhood has been difficult with an absent father and a mother who has sacrificed everything for her. There’s a whole ton of emotional baggage buried beneath the surface, as you’d expect from Vietnam in the 1980s, but while I really wanted an insight into Vietnamese culture and particularly the political issues, I didn’t really get it in the form I was expecting.

I guess I was after docudrama and what I got was the story of one family from the point of view of a active critic of the Communist government.

The fact that Vietnam has banned the book for its political stance surprises me on the one hand because it doesn’t have outright criticism in its pages. But when you’ve lived all your life serving a Communist leadership, you learn, I suppose, to make your case with more subtlety.

This makes the criticism harder to spot in a novel that places what we’re having for dinner and a description of a moonlit night on the same par as what the local communist cadre is up to.

And maybe that’s the point, that the Party isn’t front and centre, that daily life is more important than political ideology. If so, the novel works a charm.

The storytelling is very fragmented and the characters aren’t developed too much. While this may be frustrating for western readers, it definitely romanticises the beauty of Vietnam and cultural essentials like its food and so, for Vietnamese, I can see how would strike a very melodic chord.

Previous post: 0660 | The War of the End of the World | Mario Vargas Llosa