0642 |The Book of Disquiet | Fernando Pessoa 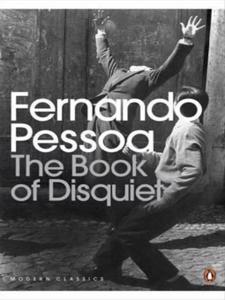 Caption: Listened to this while I waited on Causeway Island until 1am for my final Saudi multi-entry visa to be issued.

Less than halfway through his bundle of tedium, Pessoa says

Let the plotless novel come to an end

Instead, Pessoa moans on and on for another half of his eternity.

It wouldn’t be so bad but Pessoa himself undermines his own work by attempting to dismantle such commonly held (and therefore suspect?) beliefs such as truth and opinion. Anyone who takes him seriously would therefore have to dismiss anything he says as worthless. I didn’t need to be forced.

It has been compared to Musil’s epic Man Without Qualities. That’s a stretch. Yes, they’re both authors focussed on how we cope with the tragedy of being human, but at least Musil can do more than have his protagonist stare out of a window.