My second Ali Smith, and I’m starting to get the idea now. Ask questions about who people are by rotating the point of view to show us that, as many of us are already aware, we all see each other differently.

While this is a pretty enjoyable read for the most part, it doesn’t really do anything she hasn’t already done before in The Accidental which is a more engaging read. The plot (although that seems too strong a word) revolves around a guy deciding to lock himself in the spare bedroom of his hosts somewhere towards the end of a dinner party. For me, this works as a good plot device and I give credit to Smith for coming up with it and the very entertaining long dinner party conversation that leads up to it.

What I take issue with is what she does with the novel as a whole. Quite naturally of course, this crisis raises two questions in the mind of the reader which drives them to put in the effort to read the novel: Why does he do this? and How does it all end?

Smith, however, appears too much of an artiste to bother herself with the banal ponderings of the uninitiated. Readers shouldn’t expect anything from those whose lifestyles they fund by buying their books. She answers neither question, so that you emerge wondering what on earth it was all about. I felt like I’d just had a brush with a Turner Prize exhibition: I knew someone was trying to be clever, I just didn’t have a clue what they were trying to be clever about.

I lump Smith along with the likes of Will Self as writers who aren’t geniuses but would oh so love us to think they really are. But true genius in literature is effortless. Pick up any Nabokov or Joyce, for example, or the later writings of Virgina Woolf and you know instantly you are in the presence of someone very, very special. Smith will never attain anything like it.

So, does that mean she shouldn’t try? Not at all. She’ll get her 15 minutes of fame and sell plenty of novels. But the others will shine forever. 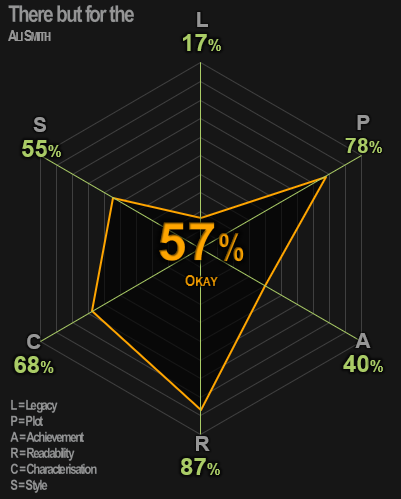 Context: We visited a beach to the southeast of Kokopo while I was reading this. REVIEW This was a wonderful book from start to finish. Carey writes with great insight…

REVIEW This one might be hard to get hold of and I’m not entirely sure that if you have to work hard to get it, it’s going to be all…