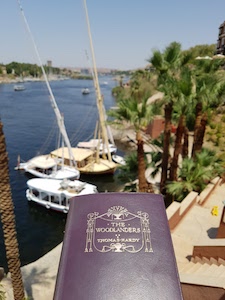 Context: read this at the lovely Cataract Hotel in Aswan on the Nile

Six down and one more to go of Hardy’s from the 1001 Books List. Unbeknown to me at the time, I actually finished it to within an hour of 80 years and a day since Hardy passed away.

Fans of Hardy will know that he often brings the landscape to life in his novels. In The Woodlanders, he does more than that as the title indicates. The inhabitants of Little Hintock are as intricate a part of the landscape as the woodland itself. From the very beginning, the roles that these characters play are entwined intimately with the lives of Grace Melbury and the two men who take turns in her heart.

Grace has been educated beyond her station by a father who wishes her to escape the traditional life he leads as a timber merchant. This apparently places her out of reach of her stoic admirer, local cider brewer Giles Winterbourne, but makes her a perfect match for an outsider in the form of Dr. Edred Fitzpiers. At least, this is what Grace’s father thinks and the novel turns on whether he’s right or not.

The undertone, which would become much stronger in The Mayor of Casterbridge and Jude the Obscure, is of innocent people falling victim to the unwavering morals of Victorian society. Unlike the other two novels I’ve mentioned, and obviously Tess, the protagonists for the most part don’t come off too badly despite a couple of them dying on the way. Hardy was much more outspoken in his later novels; Woodlanders was just the start of his criticism of the morals of his day. In many ways, you can tell he’s just limbering up with this one.

While it is well-written and keeps you engaged for the most part, it was most memorable for me because of the detailed descriptions of a now lost rural way of life which, although harsh, was inextricably linked to landscapes which are, for the most part, also lost. For that, the novel has its legacy in British history. Its literary legacy, however, would be outshone by other works which show Hardy’s genius much more clearly. 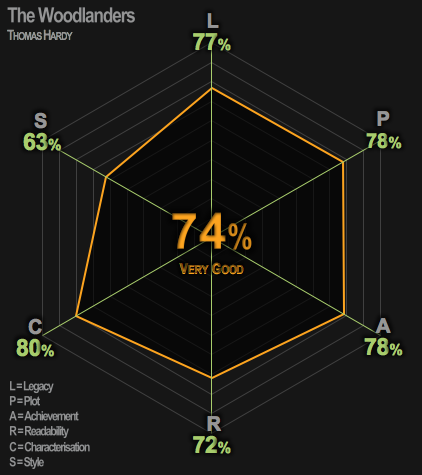