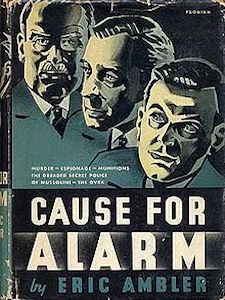 Context: Listened to this in the car with the wife (who also thought it was pants.)

Dear me, this hasn’t aged well at all, and I couldn’t wait to get to the end of this one. According to Wikipedia, Ambler is known for his thrillers. I can’t say I was thrilled at any stage while reading this lame account of a particularly pathetic British engineer who ends up the victim of espionage agents in pre-WW2 Fascist Italy.

Apart from wanting to punch the “hero” in the face on virtually every page, the storyline is utterly predictable with the only twists being ones where the plot gets lost in some kind of bog while you wait for anything remotely thrilling to happen. The somewhat ironically named Marlow – ironic because he’s the complete opposite of Chandler’s Philip Marlowe – spends the whole time acting like a paranoid tourist with the backbone of C3PO. Quite how Zalashoff, the Russian agent who effectively saves him, manages to resist putting a bullet through his head is beyond me.

What Ambler’s done here is what others, such as Buchan, failed to do: create a thriller with a hero who lacks any of the heroic characteristics that were obligatory for thrillers in Ambler’s pre-WW2 era. Now, while this may have been a bold move and undoubtedly influenced the realism embodied in titans such as George Smiley, the fact that the genre was suffering from malaise at the time meant that Ambler got away with it. But while the central character is as realistic as you or me, the storyline is still completely implausible, which is after all what readers of spy novels want.

So, as with many writers who influenced those who have become household names, you’re probably better off reading those they influenced and learning about their legacy from their Wikipedia posts. I won’t be adding any more Amblers to my TBR list anytime soon. 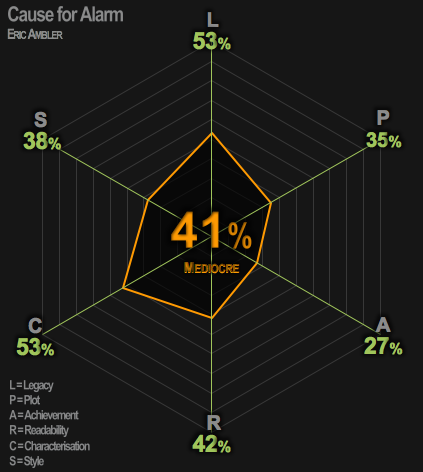