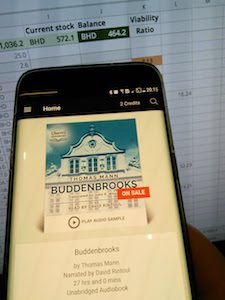 Context: Had a record year for photography sales which finally saw me get out of the red and make a profit.

Now this was a Mann novel I could get into. This masterfully told epic of generations of a German family shows their demise from a close family of business leaders self-secure in their wealth to a shattered shadow of their former selves.

Completed as his first novel, at the age of only 25, this was a glimpse of the Nobel laureate that was to come. Compared to his later novels such as The Magic Mountain, and particularly the very late Doctor Faustus, the novel is emphatically realist with its emphasis on the socio-political mores of the time and closely-crafted characterisation that extends to the geography itself.

I have to say that while I enjoyed the tale of Hans Castorp as he attempts to recover his health on The Magic Mountain, the ethereal aspects of the novel were hard for me to process in my early history of novel reading. Faustus was beyond me even with a lot of reading under my belt. So, to have a straightforward story of a family with realistic characters was quite refreshing.

That’s not to say the novel doesn’t have a point to make or challenges our views of who we are as people. Far from it. It is the genius of a writer like Mann in that what can at once be read as a simple tale of a family, can at once be read as the demise of a nation or the folly of humanity as a whole. There’s plenty in here for those who like to read between the lines of novels. 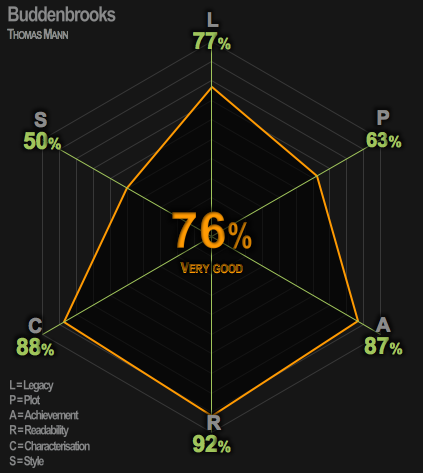