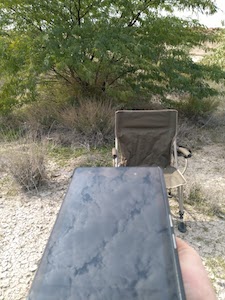 Context: read this while sitting in the desert during lunchtime at work

Massively influential in French literature at least, this story of unrequited love is a eulogy to virtue whose message should be more widely known outside its native land.

Wikipedia will give you a decent plot summary and overview of its significance. For me, the novel was somewhat hard to access because of the original style it was written in. It was a case where knowing the plot and what would take place in advance actually helped me follow the events in the novel as they unfolded. Without that, I might have emerged none the wiser.

What’s very apparent though is the refusal of the eponymous Princess to compromise her morals. Not only does she refuse the advances of the Duke de Nemours by committing adultery while married, once her husband had died, she refused to be unfaithful to his memory. This despite not being able to love her husband as he loved her.

Yes, the Princess is to be admired for this. But only to a certain degree. After all, she marries a man that she knows she does not love without questioning whether this is in fact the right thing to do. Although the Prince does bag his prize in terms of a life with the woman he is besotted with, she never gives him her heart and we return to this misery more than once in the narrative. This not only makes the Prince unhappy, it also fuels his jealousy of the Duke.

I’m sure women had little choice about who they married in those days. I’m not sure to what extent women have the choice even now about who they love. From what I’ve read and experienced, a woman seems unable to choose to love and be devoted to a man. I may be wrong, and if you think so, please comment and let me know why the Princess does not choose to love and be devoted to the man she has married. For me, that’s as cruel as adultery ever has been.