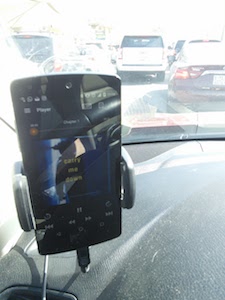 Context: Another audiobook to help me through horrendous school holiday traffic on the Causeway.

M. J. Hyland’s novel of a young Irish boy growing up in domestic turmoil is poignant, moving, and well-written. If, like me, you suffered similar domestic turmoil in your own childhood, there’s a lot here you’re going to relate to. And I did, not least because the first-person narrator is my namesake.

It takes a special kind of writer to construct a novel so that, in sinking into the sea of prose, you find yourself immersed in the narrator’s world. Hyland’s prose does just that. From the very opening lines, you are in John’s world and seeing things shaped by his own understanding of them or, more often, his lack of understanding.

And there is much John does not understand. This I found so evocative of what childhood is all about. You start life from a place of such supreme ignorance that even when you can look back on those days 30, 40, or more years later, you still really don’t          understand what happened. This is especially the case when there are domestic issues that your family are trying to hide from you.

It’s easy for us as adults to recognise the signs in his parents’ relationship and John’s own response to them that indicate that all is not well between them or in the mind of the child. But to John, there is little to go on. That little, though, is enough. John becomes convinced that he has the ability to detect lies in ways that other people simply cannot. Hyland constructs the novel so very well that even though your adult side says that it’s surely just an emotional response to his doubts about the stability of his family life, there’s still a little child inside each of us that hopes that what John believes is really true. Thankfully, we never get a definitive answer.

John’s family are forced through their circumstances to leave their rural Ireland and relocate to Dublin and that’s where things start to go from bad to worse. The anxiety and stress of their new life affects each of the them in turn but your view is constantly coloured by the fact that you only get John’s point of view.

So many authors successfully create the childhood viewpoint but then forget that even six months in a child’s life is a decade to an adult. Hyland does not. Instead, she does a great job of creating a flow of development of John’s thinking and emotional response throughout the novel. I found this fascinating. At the same time, you see his relationships with both parents also change, particularly in the aftermath of certain crises.

I would have enjoyed this novel a lot in print, but this is a great example of how audiobooks can just add an extra dimension to literature. I listened to this on Audible and absolutely loved the thick Irish accent of Gerard Doyle.