This was a strange one. I had no idea about any of the background to the novel at all, not even the play it’s based on, John Gay’s Beggar’s Opera. While the novel can be taken at face value as a tale of the business rivalries amid the slums of Victorian London, Brecht would not have us remain on the surface. It was important to him that the play he originally wrote, Threepenny Opera, and this subsequent novel should serve as a vehicle for his ideas about capitalism and its impact on the masses. In this regard, it has not lost its relevance to our lives.

The plot twists and turns around various characters and chiefly centres on the business rivals Peachum, Coax and Macheath. Each of these is pursuing his own method of developing capital: pimping beggars, trading commercial shipping and discount shops respectively. Each of these lives intertwines, not least due to the secret marriage of Macheath to Polly, the daughter of Peachum.

Now, I don’t for a minute claim to understand economics and how trade achieves capital. I found quite a bit of the business discussions hard to follow. But never once did I feel that made me want to stop reading. Brecht has built on Gay’s characters to create vivid portrayals of archetypal capitalists.

And that’s why the novel is so relevant today. It has a lot to teach us about how a focus on capital can mean people are reduced to the simple status of drones who generate profit. Had this been written only recently, it would not be hard to imagine individuals today who these characters would be based upon. Foxconn and Amazon came to mind.

Some might argue, correctly, that this is Marxist ideology. That, of course, doesn’t make it irrelevant per se. If anyone wants to attempt to convince me that this element of Marx is somehow irrelevant to issues we face in 21st century society, please do. Threepenny Novel is a brilliant illustration of how “the love of money is the root of all kinds of evil. And some people, craving money, have… pierced themselves with many sorrows.” (1 Timothy 6:10)

It’s a desperate narrative which ends with an imagined trial of humanity by the dead which results in all round condemnation for the exploitation we depend on to further our lifestyles. Again, the relevance is resounding and I can’t understand why a novel like this, with very real historical significance, was removed from the 1001 Books list in favour of banality like The Marriage Plot. 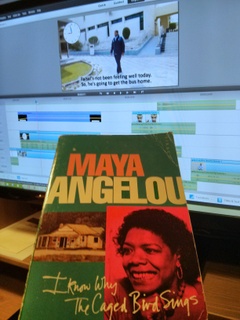 Context: I moved desks at work while reading this and now have a corner all to myself. REVIEW This is the second in a set of three books that I…

Life’s too short to figure out books like Lerner’s. It’s not hard to read. It’s not actually anything except an attempt by a man to show us he understands the…