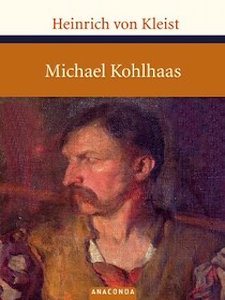 Context: Listened to this while commuting between Bahrain and Saudi Arabia.

There’s a lot to glean from this tale of injustice because the issues that the story raises are just as relevant today as they were when this was written over 200 years ago.

Michael initially loses his horse which is taken hostage and mistreated by someone more powerful. His pursuit of a case against this individual reveals further inequalities and cause Michael even further loss.

The balance tips when Michael takes justice into his own hands, gathers a band of brigands and takes revenge not just on those directly responsible but also on anyone even vaguely related to them. Michael is successful in his revenge but the excessive measures he uses raise outcry from the likes of even Martin Luther.

Michael’s end is less successful than his pursuit of justice. Ironically, justice can be said to have been done all round by that point.

The novel thus raises questions about what to do in the face of the unfair and immoral imposition of power. It also explores how justified we might be in the way we respond to it. Michael is not Gandhi, but you do understand why he feels the way he does and you can, to a certain extent relate to his motivation.

However, while he starts as the reader’s hero, it will be the rare reader who feels he’s as heroic as the novel ends. We’re thus challenged in the way that we judge how power is wielded not just by the fat cats but also by the man in the street against the status quo.

It’s not an easy read for all sorts of reasons (translation, age, brutal murder of innocents, etc.), but it is important, so if you’re into important books, this is for you.