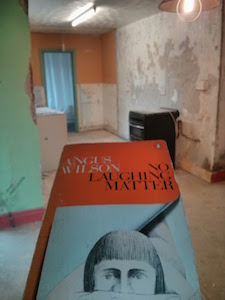 Context: Was reading this while refurbishing a house in the UK. Hard but satisfying work.

You know you’re in the presence of literary genius when there are large parts of a novel you feel out of your depth in. I felt like I fell into a torrent at one end and could only touch the bottom about once every 50 or so pages. But, somehow, I enjoyed it. Not quite sure why though.

This is the story of a set of six quite unique siblings from childhood right up to their dotage. Using this vehicle, Wilson comments on the influence of the times on society while also very successfully portraying familial influences, both good and bad, which anyone growing up in that generation will be familiar with.

In a way it made me think of a fleshed out version of Virginia Woolf’s The Waves although I’m pretty sure that he’d turn in his grave if he could hear me say that. The writing style varies considerably and is one of the strengths of the novel. This was one of Wilson’s later works and, as such, shows the full range of his abilities with some very abstract imagery, great dialogue and even long stretches in play form.

As long as you hang on tight and trust him, this makes for a curiously unified whole in the same way that a kaleidoscope actually shows you all of what you are looking at. But also like a kaleidoscope, you can feel disoriented along the way.

Through it all, the siblings battle on with their lives and there are great sections where the narrative really takes off. I particularly enjoyed the scene with Quentin behind the iron curtain encountering a young and less than ideal Soviet state.

But just as I found myself enjoying the plot, the characters or the style, Wilson would dive off down another literary alley and I’d find myself having to get my bearings again. It was all fairly exhausting in the end, in the same way as trying to hold your own against a chess master would leave you wanting to lie down in a quiet room. It’s no wonder Wilson cited Proust as one of his strongest influences. Thank goodness he wasn’t inspired by his verbosity! 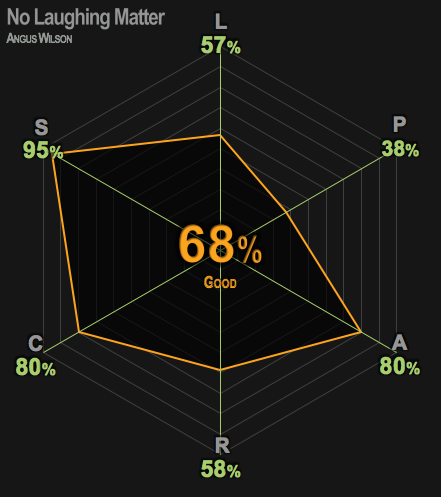 Key: Legacy | Plot / toPic | Characterisation / faCts | Readability | Achievement | StyleRead more about how I come up with my ratings

Next post: 0520 | The Adventures of Caleb Williams | William Godwin