For its time, this is a pretty readable and engaging bit of writing that isn’t overlong and makes clever use of wry humour as it takes a dig at romance novels and their effect on particularly feminine fantasies. It’s kind of like an 18th century version of Cold Comfort Farm.

Arabella is the protagonist who falls under the spell of the masses of romantic literature she plunders from her father’s library. In this, Lennox was parodying the spell that Don Quixote falls under from books of chivalry that turn his brain.

For this, Lennox deserves (and received at the time) great credit, particularly as the 18th century wasn’t the easiest period of literary history for a woman to get herself published.

The plot is well complicated by the fact that, on his deathbed, Arabella’s father insists that the only way to come into her full inheritance is to marry her stable, well balanced and affectionate cousin Glanville. However, his normality is a far cry from her fantasies and this provides for many of the crises throughout the novel.

It all ends reasonably enough though with Arabella regaining her senses and predictably marrying her suitor, but it’s a fairly engaging ride along the way. 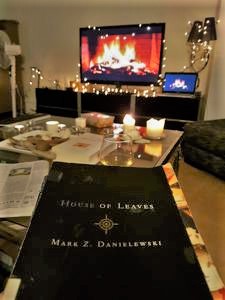 Context: Listened to the librivox.org recording of this while I washed up over many nights. REVIEW Another rollicking adventure from the pen of RLS. I’ll be kind of glad not…

Ishiguro has written some of the best books I’ve read. This is not one of them. Granted, it’s his first published novel so this is understandable. But this one simply…

This is the story of a young woman who, somewhat naively, leaves home to make a life for herself in Chicago. Unlike most novels of this sort, where the author quite…