About fourteen billion years ago when I was a young child, I remember my mother had this book on my parents’ bookshelf. I remember three things about it. Firstly, it was one of the few titles on that memorable shelf that I could understand at that age. I also remember the strong vivid colours of the cover, so redolent of the 70s. The final thing I remember is that it was definitely my mother’s book and not my father’s. I think in later years, although my memory is scratched from my furious efforts to erase it, in one of her many drunken rages, she actually claimed that, for her, it was her Bible.

I avoided the book for decades not because of what it held inside it – I had no real idea – but rather because of who recommended it. If my mother claimed to live by it, I reasoned, then I might well end up something like the relational mess she represented to me.

That I did not read this book until my 43rd year is one of many tragic things about my childhood – albeit a minor tragedy in comparison to the ones that almost prevented me entering adulthood. I should have read this book very many years ago. In fact, along with Of Human Bondage by Somerset Maugham, it’s a book I will be buying for the next youth I know that reaches the age of 18.

Not that I think any of us will really understand it then. Anyone who understands it at that tender age is hardly in need of it, in fact. But it’s a book that should accompany you as you make your way through life, form relationships, meet people, encounter those you cannot fathom, those who fascinate and those who you really wish hadn’t been born. This book goes a long way to explaining why people behave as they do. Now that I’ve made it to my 5th decade, a lot of it makes sense.

This book is probably the most successful self-help book in history. It presents a very simple relational model and exemplifies it both through author created dialogue and illustrations from the author’s own patients.

The model is based on assuming that we can take one of three positions vis a vis another: Parent, Adult or Child. Ideally, we’d all be Adults. But, mainly because of our upbringing, we tend to default to either Parent or Child when we deal with others. And, because they are also defaulting to one of those, this can trigger certain responses in us too.

Suffice to say that if you find someone hard to get on with and/or others find you hard to get on with, Harris’ book is for you. Pick it up and, shortly into the descriptive sections of each state, you’ll be calling the wife over and saying, ‘Listen. Who does this sound like?’ Just make sure it doesn’t sound like her or you’ll regret it!

There are sections that were less useful to me. I don’t have kids and so the two chapters that dealt with that were a bit pointless for me. And at the very end, he decides that his theories might hold the secret to solving all the world’s woes. Seemed a bit far-fetched to me but then it was the 1970s and even guitarists in skin-tight lycra were okay then.

Overall, I’m very glad I read this. I wish I’d read it about 20 years ago. Now that I have done, I feel OK though! 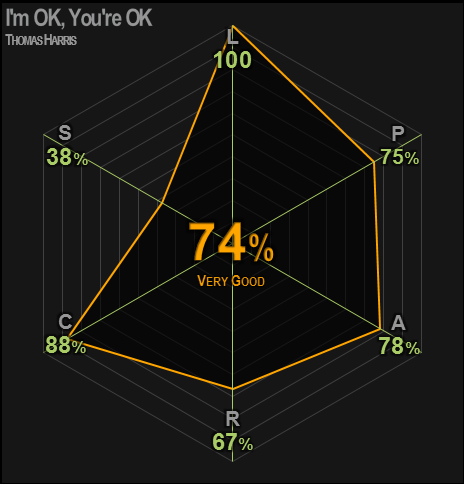 If you enjoyed this book, you’re going to love the map. REVIEW From page 1 until I ran headlong into the back cover, this was one of the most engaging…

Context: I moved desks at work while reading this and now have a corner all to myself. REVIEW This is the second in a set of three books that I…

Context: Read this while feeling grim in bed in my grandmother’s old bedroom with her crucifix above me. REVIEW A friend (the same one who lent me the superb Knowing… 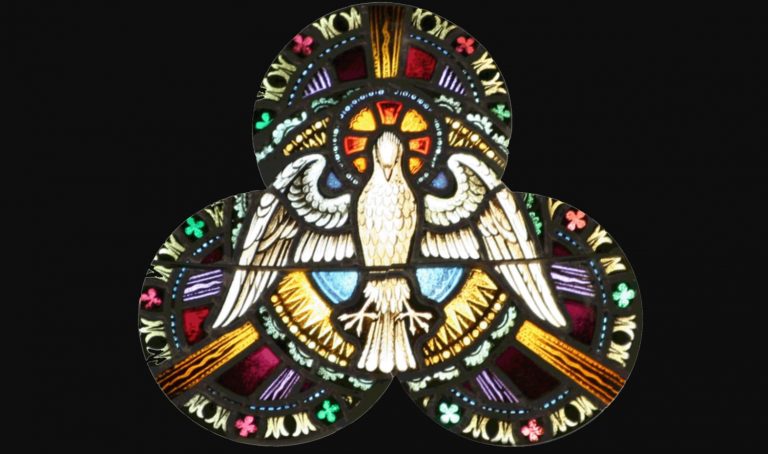 Having completed The Deep Things of God by Sanders only recently, I was encouraged by that to continue with The Triune God, a book I was having a hard time…