Context: Read this online on my phone when I discovered how short it was.

This is by a long way the shortest item you’ll read on the 1001 books list. I’m not really sure why it was included at all in a list of “books” as it’s a short story that clocks in at a mere 6,000 words. It was, in any case, removed once the 2nd edition of the list appeared in 2008. But I’m glad it was there in the first place as I might never have read it. It’s a classic.

Confined to a room by an ignorant and controlling husband, the protagonist develops a fascination with the room’s yellow wallpaper as her psychosis is deepened by her imprisonment.

The effect of the writing is captivating. Although you too feel bound up in her madness, Perkins Gilman gives you just enough perspective to be able to sympathise with the narrator’s predicament. It’s a sympathy that means you can’t help but side against John, the husband who we are surely supposed to feel is the root cause of all his wife’s problems.

There is no doubt that this short story packs a feminist punch. It seems clear that much of the narrator’s insanity is a result of her husband’s policy of confining her to rest in the room with the yellow wallpaper. But I wondered too what sympathy the writer had for the husband who was also constrained by the societal mores of his day and therefore believed with all his heart that he was caring for his wife when he confined her.

I’m a husband too (and also called John) and as I look back along what is now nearly 20 years of marriage, I thank God no one wrote a short story about how I treated my wife in days gone by when I knew no better.

On one level, therefore, this story works and wakes us up to the notion that men can be harmful in their treatment of women. On another level though, the lack of sympathy for men who often have no proper role models for real love in marriage is, for me, a glaring oversight and skews the story too far. How should we portray ourselves when we love the best we can with limited resources and broken lives? With more grace than Perkins Gilman allows, I’d suggest.

So, this is an important story: Not only does it show how men failed to love their wives in days gone by, unwittingly, it also shows us how women failed to understand why men did so at the time. 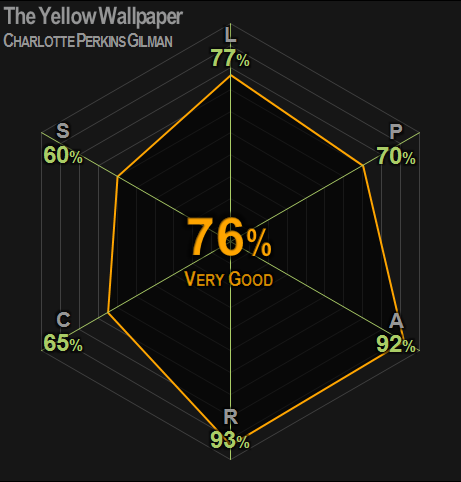