As we were travelling between Brisbane and Sydney we crossed over the impressive bridges spanning the wide Hawkesbury River. Little did I know that I was probably travelling directly over the homestead of this novel’s protagonist, William Thornhill.

This well-written novel deserves the awards it has won. Set in the very earliest days of the colonial settlements in Sydney, the story follows William and his devoted wife as they try to make the best of a bad situation after William is driven to theft by penury.

Deported to Australia with his wife as his guarantor, they set about establishing themselves and do a pretty good job of it. William worked as a Thames boatman and so his skills transfer nicely to the fledgling colony. It’s not long before he’s landed a job on board a boat running up the sparsely settled Hawkesbury River.

It is on his first trip that he sees a patch of land and is smitten by it. But the land is not as unoccupied as he thinks. Thus begins an all-too-familiar tale of settlement, local friction, attempts at mediation and a final tragic ending. Grenville tells the tale with a lot of compassion on both fronts, which I appreciated. Ultimately though, this is a book with a bittersweet ending.

Stories like this should be much more common than they are. Not long ago, I had an opportunity to settle in Australia. But travelling through it and seeing the colonial legacy first hand, I began to feel uncomfortable with being white there. I was glad I read this book in the UK after having left Australia. It would have made me feel even more inclined to leave. 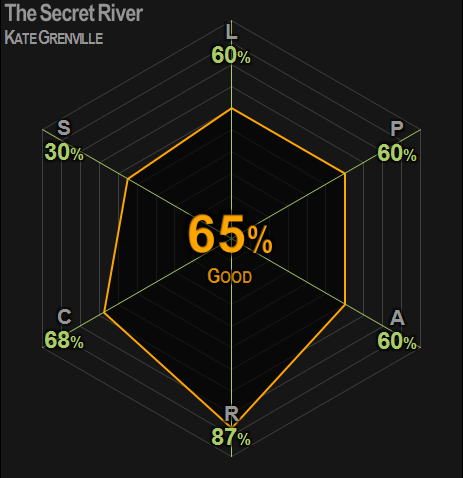