Figes has obviously spent a lot of time researching this lengthy book about the realities of relationships in 21st century Britain. To provide context, she’s also put in a lot of work exploring what relationships looked like in the past. While all this made for an interesting read, I found the preachy tone of the whole thing a bit hard to handle, particularly when there seemed to be no real understanding of the basis of the religious convictions some of us have about relationships… and which occasionally take a bashing in her book.

Somewhat predictably, the chapters work through the life of a relationship from meeting someone, through making some kind of commitment, kids, infidelities and growing old. Figes writes densely with many, many quotes from those she’s interviewed and other works she’s read. I found this a bit relentless and formulaic most of the time. It wasn’t that the facts or quotes were uninteresting, there were just so many of them, and, combined with her tendency to comment on every one rather than let them speak for themselves, it tired me out a bit. I felt like I didn’t have any space to reflect.

It’s typical of our era, especially in the UK, that authors on subjects like this, if you’ll excuse the pun, are bound to be liberal. The book is called “couples” and there’s no restriction in Figes’ mind as to what a couple might be. I expected somewhere in there to come across a mixed race, transgender, surrogate parent of 3 and a half in a committed relationship with a hedgehog. But no. Alas I had to settle for the typically generous (and therefore demographically unrepresentative) helping of gays and lesbians. Seems a bit narrow-minded, no?

And so what really annoyed me about the book was that Figes sets herself up as an authority that can somehow tell us what we are supposed to do in relationships. This I found patronising at best. With all the diversity she describes and the vast range of issues that couples face in long-term relationships, you can’t on the one hand be liberal and on the other make pronouncements about what might be best for us all to do. Please, that leave the moralising to ‘bigots’ like me. At least we profess a faith in a God whose more objective viewpoint might mean He knows something of what the human problem is really about.

So, if it’s the liberal view you’re after and you don’t mind quite a bit of bad language throughout, you’ll probably enjoy this more than I did. What I did appreciate though was that Figes clearly explained to me that in being married, I’m attempting something really, really difficult. I’m glad of that; some days that’s exactly what it feels like. 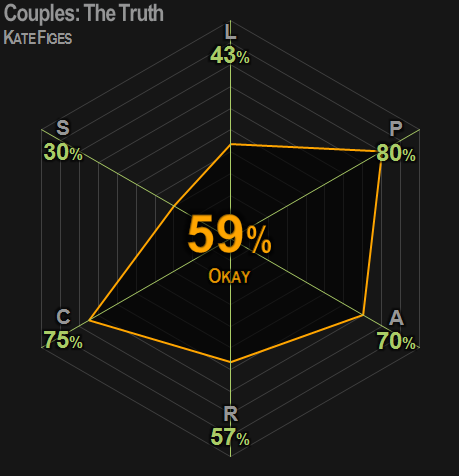 Context:I read this just days before I came across a cargo cult that it described in the village of Male in Papua New Guinea.  REVIEW I would have passed this…

Context: while I was reading this, our clothes dryer died in the garden and we had to string up an emergency washing line REVIEW A friend bought me this for…