Another book that reveals where Austen got all her ideas from. This 18th century novel in epistolary form (letters) tells of the coming of age of Evelina, a young girl who is of uncertain parentage and who is pretty clueless when it comes to what society says, does and thinks.

Unless you’re aware of the legacy of this novel, there’s nothing particularly startling about the characters or the tale itself. Evelina meets various characters along the way with them all quite neatly falling into two camps: those who are kind and sympathetic to her naivety and those who take advantage of it for all they’re worth. Typically, she sails through it with just the merest bruising of the emotions and a few tears here and there and ultimately, all ends well.

Apart from the nicely packaged ending, there’s more that Austen borrowed. This one actually contained one of the more famous elements of Pride and Prejudice when Evelina supposes the exact opposite state of a particular man’s heart leading to many an awkward moment in his presence. And there are also elements that Dickens must have borrowed too as various skeletons come out of the closet, particularly towards the end.

While I appreciated the legacy and the story was okay, the epistolary straightjacket that writers insist upon rarely does them credit. And so it was the case here. Evelina is a remarkable woman. Remarkable that is for her near photographic memory it seems. I have no idea why an author, deciding on the restriction of making their novel a series of letters, then proceeds to write letters that are in effect chapters of sentimental novels. What is the point? If you’re going to write a letter, write a letter. If you’re going to write a novel, write a novel.

So, an important book with lots that inspired later writers and some interesting characters.

I have time for no more; the chaise now waits which is to conduct me to dear Berry Hill, and to the arms of the best of men. 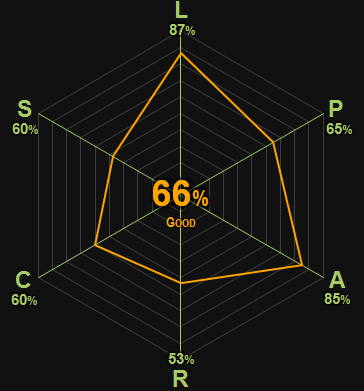 REVIEW This was an amazing read. It’s violent, offensive, stomach-churning, tragic and yet somehow, under all this, deeply poignant.

Context: Started to learn to play the piano at some point in the months I spent reading this. REVIEW Many of you know that I’m pretty fixated with the 1001…

Strange little book this one at just over 100 pages. In this very short space of time Spark creates Lise, a very memorable character who I was never quite sure…

Context: Read most of this in the forest at the end of my mum’s garden in Portugal. REVIEW Sometimes I read a book, get to the end and wonder why…

About as uplifting as digging out a mass grave, MacDonald’s portrayal of an immigrant family shattered from within by abuse isn’t going to win anyone’s most-loved novel awards. It’s memorable,…