Heard a lot about this… all of it good… about how tear-jerking it is and its merits as a page-turner. Hmmmm. Didn’t quite live up to the hype for me. Well-written and original? In places, yes. Gripping? No.

Death narrates his involvement in the life of Liesel Meminger, a young girl who is sent across Germany to the safety of a foster family. She has a hard time settling into her new home and community as most children would. The war begins and, for the first half of the book, its effects are fairly innocuous.

Things however, take a turn for the more sinister when a Jew arrives on their doorstep seeking sanctuary. They give it, and thus begins what I thought was the most interesting part of the book. Max Vandenburg hides out in the cellar and, during that time, the bond between him and Liesel is cemented through their shared love of literature and story-making and their fear of what might be. I won’t tell you how this ends.

I will tell you though, what I thought of the book overall. While I enjoyed many parts of it and appreciated that Zusak is obviously an accomplished writer, I couldn’t help but get the feeling that he wanted to make sure I was aware of this. I got this impression both from style and content.

Style-wise, he can’t really sit still. Doffing the hat to magic-realism here and there, his often casual assumption of context leads to clipped sentences you have to piece together in your head. There are illustrated, hand-written stories. There’s a unique section with each part beginning with the throw of a dice. There are little asides from other books and a dictionary. There’s the narration of death which works at times (e.g. the end) but for most of the novel is neither here nor there. It’s all very busy, busy. Perhaps this is necessary when appealing to young-adults these days. If so, my apologies.

But then there’s content. It’s almost as if Zusak had about four novels in his head and didn’t have the patience to write four books, choosing instead to cram them all into 550 or so pages. There’s the story I’ve just mentioned which is a depiction of a coming-of-age and what is in effect first love. There’s the story of a girl’s love of literature and the worlds this opens up for her. There’s the psychological terror of defying a totalitarian regime. On top of this, you’ve got a depiction of WW2 Germany which is just too detailed to really form a backdrop and yet too hastily sketched to be part of the foreground either. Anti-Semitism., Hitler Youth, Nazism’s effect on the common wo/man, society’s struggle to come to terms with pending defeat, families dealing with loss, the mass bombing of civilians, the guilt of survival, etc. etc. All of this clutters what could otherwise have been a very touching and carefully crafted love story between Liesel and Max.

This book is worth a read, nonetheless, but I disagree strongly with USA Today who said that it deserves a place on the shelf with The Diary of Anne Frank. That’s a travesty. Frank’s diary is a league of its own. It’s not just the circumstances under which it was written and eventually published that make the comparison tragic, it’s in the writing too. Unlike Zusak, Frank did not have to cram her work full of literary devices to keep the reader occupied. There’s a simplicity in Frank’s writing which seems foreign to Zusak. In the end, the overblown prose and content of The Book Thief left me unmoved. It made me long for writers who are skilled not only in what they produce but also in what they choose to leave out as well so that the remainder is exquisitely crafted. If he does possesses this ability, Zusak doesn’t demonstrate it here.

I am haunted by humans. 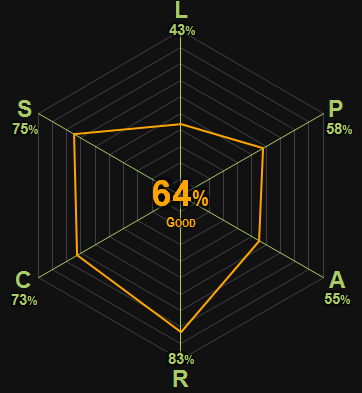 Context: Finished this off in an afternoon in my room at the Wycliffe centre. REVIEW Wow. Little books (127 pages in my edition from the 50s) can certainly pack some…

The second installment in Mantel’s chronicle of the life of Thomas Cromwell is as good, if not better, than the first. This trilogy is turning out to be a classic…