Boy that was awful. Awwwwwww. Ful. If you’ve read Vathek, or The Castle of Otranto which are far shorter and define the genre rather than merely elaborate on what is arguably already overelaborate literature, you can quite comfortably skip this and simply read the Wikipedia summary. I wish I had.

One thing of note though in the Wikipedia article is that Austen satirised this in Northanger Abbey, a book I have yet to read. I have read other Austen though and I am familiar with many of her storylines. It seems to me that she borrows as much as she satirises. Pretty much all of Austen’s endings are taken straight out of Radcliffe’s copybook: the joy, the perfect weather, the double-wedding, the loose ends carefully tied up with pink ribbon, the perfect snapshot that will last forever. If I hadn’t killed myself somewhere towards the middle of Volume 4, Udolpho’s ending would have made me vomit.

So, what’s the mystery? Well, Emily is taken away from all she adores in southern France to Italy and the Usher-like Udolpho. By the time you’ve got there, you’re already trying to juggle plenty of loose ends and supposedly unfathomable mysteries. But you’re only just getting started: eerie music, strange stories, rustlings in the bushes, figures flitting elusively through the shadows. And if that isn’t enough for you, there are also locked rooms, things hidden behind curtains, even blood and corpses. Yawn.

Why was I bored? Well, you’ll find out that for everything that has given everyone the shivers for pages and pages there are very simple explanations. That’s right. I bet you’re as surprised as I was. And this is where Radcliffe needs to borrow from Austen’s copybook: at least Austen’s characters are rich and rewarding and some of the most enduring in literature. Radcliffe’s characters are so flat, they make a piece of paper look like the Oxford English Dictionary. None of them see the bleeding obvious. This is not Agatha Christie or even Wilkie Collins: the mysteries of Udolpho are really only mysteries to the characters. The reader is tempted to beat the text at their inability to see beyond their noses.

Alright, I’ll admit, I’m being harsh. But I’ll only concede that if you concede that my harshness is entirely justified. For me, classic literature either defines the era (which as I stated in the opening paragraph had already been done) or transcends it (the only thing transcendental about Mysteries was the state I dreamed of in my attempt to escape it). Radcliffe is verbose, repetitive, predictable and probably the biggest snob I’ve never had the displeasure to meet. Apparently, all peasants do is sing, dance and make merry as they celebrate the joys of poverty and servitude.

Okay, Radcliffe’s novel influenced others. But that’s a bit like saying that American Idol is a great idea because it influenced So You Think You Can Dance. Who cares? It’s just economically-motivated popular trash. This is an overblown novel and it seems that I’m not the only critic in history to think so. For me, written only 2 years later, Lewis’s The Monk is a much more mature tale (told by a much more immature writer incidentally) and one that is actually well-written. Skip this; read that. 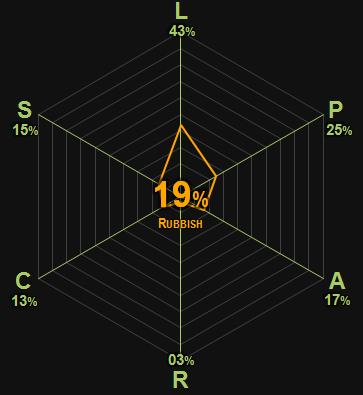 There aren’t many books you’ll read where you find yourself siding with a murdering prostitute, but this is definitely one of them. El Saadawi has written an absolute classic; classic…

Many years ago, Underworld scarred me for life. Then I read White Noise. Had it not been recommended by a great friend, I would never have returned to DeLillo. I was…

Dear Lord, spare me. Another title from Latin/South America and yet another novel that I could have done without. What the heck is it with that continent that I just…

This was very, very hard going. Nabokov is not an easy man to keep up with when he puts all the power of his mind into something, and he just…

Jean Rhys was a bit of a character and this novel, set in the Caribbean she grew up in, features a misunderstood woman who falls victim to both her Creole…