The only Maugham I’ve tackled before was Cakes & Ale. That was okay, but not the best book I’d ever read. So, it was with some uncertainty that I approached this which is far longer. A couple of short chapters in though and I was hooked. The story of Philip’s life from the tender age of 9 until his early 30s had many parallels with my own but in terms of the events that befall him. But, the strength of this book lies not in the sensationalism created by unexpected happenings. Rather it’s in the slow realisation that Maugham is weaving a very deft parable of the human condition relevant to us all.

If I’d read this when I was in my early 20s, instead of my early 40s, it would have been a very different book. I would have found a lot in Philip’s childhood which echoed my own (separation from parents, the Dickensian boarding school, the loneliness of incessant bullying, the discovery of the passion of reading… and the escape it provides). But I doubt very much that I’d have been wise enough to learn the lessons Philip then goes on to learn. I doubt I would have profited at his expense even if someone had pointed out what those lessons were.

Somehow though, as I write this, I feel Maugham standing over me saying, “That’s precisely my point, old boy.” We have to learn the lessons of youth the hard way for two reasons, one our own fault and one the fault of others. Firstly, we are often bound to think that we know what is best for us, at least in the west. And from the lofty vantage point we have already raised ourselves to, we can see nothing to impede our progress further towards our aims. We are ignorant that we don’t really know what we are aiming for (false-summits abound in life) and we forget to look at ourselves, exactly the place where most of our adult problems originate. Secondly, there are very few people further on than us who bother to turn back and speak to us of the problems they encountered. For some, it’s too painful. For others, it’s best forgotten. And even fewer of those who can share are able to phrase it in a way that youth actually understands.

So, for the vast majority of us, Philip’s struggle against the eponymous human bondage is a mirror of our own. For this reason, I urge you to read this book. And I’d go so far as to urge you to re-read it every decade. I plan to do so in 2022, if I get that far. Philip yearns for freedom, for love, for acceptance, for purpose… and he blunders around thrown from one life encounter to another in something resembling cosmic pinball. You both rejoice and weep with him. You sit with him on the rollercoaster and, the journey being very intimate, your cheek catches the occasional fleck of vomit.

Very few writers can create characters as rich as Maugham has done with Philip. I was very much impressed by his life and what he learns from it. The way the character matures through the book is so subtle you need to watch out for it. The recurring relationships he has with women are a great device to see this maturity develop, particularly with that of Mildred, a character I shan’t forget in a hurry. I wonder if anyone has ever dramatised this for more than the big screen. A film-length version wouldn’t do it justice. It would make a fantastic drama series.

Anyway, in closing, I must note something that I don’t think has ever happened to me before. I was astonished some way towards the end to find Philip reading a book which turns out to be The Adventures of Peregrine Pickle by Tobias Smollett. Guess what my audio book was while I was reading Of Human Bondage. Yep, Peregrine Pickle. Amazing. Nice to know that Philip and I share some literary pathways! 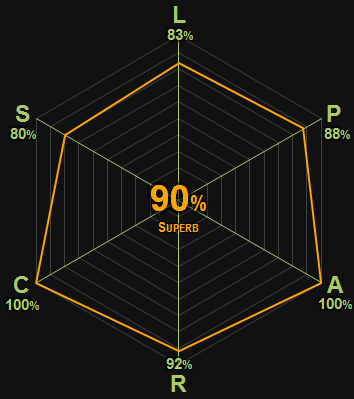