Having now read this, I can see the inspiration for at least two horror films. The first is The Thing which, in terms of its Antarctic setting, terror of the inexplicable and decimation of an expedition, is a simple copy of the book. The second is Alien with its terrifying depiction of another world which, to the detriment of those who discover it, is not quite as dead as it first appears. For such a short book, it wields some weight.

The narrator is attempting to warn a forthcoming Antarctic expedition of the annihilation that almost certainly awaits them should they venture where he himself has gone before. He has not spoken in detail of his horrifying experiences before out of fear, doubt and sheer unspeakability. But now, with his fellow explorers preparing for a trek to their doom, he feels he has to speak out and tell what befell all but a few of those who explored the Mountains of Madness.

Had this been written 50 years earlier than its 1931 publication, it would have been less convincing. But by the time Lovecraft wrote it, not only had the South Pole been reached, horror literature had shed a little more of its Gothic trappings. Of course, H.G. Wells should be credited with inspiring almost an entire body of literature with his superb canon, but Lovecraft writes with a lucid reality that evokes the very real terror you can feel in later horror writers with Stephen King’s The Shining a prime example.

Discovering inadvertently frozen alien beings and a mountain range surpassing anything hitherto known on earth, a forward party of the narrator’s expedition retires for the night. They are never heard from again. The narrator journeys to discover the truth: all have perished in mysterious circumstances. Exploring the mountains themselves, the narrator manages to cross the range via a pass in his aircraft. This brings him to what appears to be a deserted city the like of which he can barely describe. Exploring this brings him and his companion face to face with their worst nightmares…

I was prepared for something much more drearily verbose and mundane and was pleased to find that this was just about the right length and that Lovecraft had done an excellent job at telling just enough of the detail to keep me turning page after page. Very influential and highly readable. What’s more, it provided me with one of the most esoteric quotes I think I’ve ever collected: “The penguins alone could not have saved us…”

At the time, his shrieks were confined to the repetition of a single, mad word of all too obvious source: “Tekeli-li! Tekeli-li!” 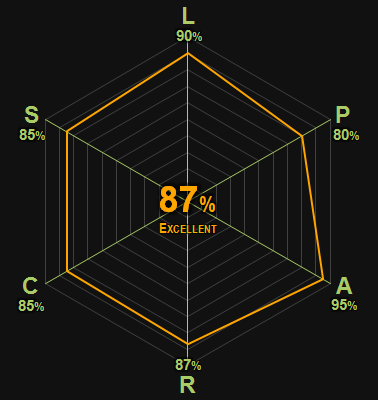 A very good long read which has all the intensity of the most roasted Brazilian coffee you can imagine. There’s a lot of conflict here so steer clear if you’re…

Context: Read this on my e-reader while walking to and from work. First book I’ve read on my 5 min commute. REVIEW Wow. What a book! And not just because…

Context: Got my first cold in a year and a half just as I finished this off. I should have been reading The Spy Who Came in from the Cold!…