Took me a long while to get through this. It’s a fairly large book and I found the writing repetitive and a bit tedious in places. However, there’s no denying that this is an important book and a milestone in British literature, illustrating as it does, a pivotal moment in the political ideology of that nation.

If you’ve ever read The Jungle by Upton Sinclair then you can basically describe Ragged as a British vegetarian’s Jungle. Instead of working in meat packing, the destitute in Ragged work in the building and decorating trade. And instead of being oppressed immigrants from Lithuania, they are local inhabitants. Both groups are still trodden on and abused by their industry bosses although in this book, you actually get to know the bosses a lot better than in the Jungle.

What Ragged really lacks though is the style that made scenes and characters in The Jungle come alive and jump off the page at you. Tressell writes somewhat verbosely and I found myself wanting him to just get on with it. The lectures on socialism that characters occasionally delivered reminded me of the awful ability that Ayn Rand has to give characters fourteen page long turns in conversations that are utterly unrealistic. In a similar way although nowhere near as bad as Rand’s, Tressell’s prose is very much the servant of socialism, not the other way round.

You do see into the home and working lives of a group of men in detail and you feel their pain as they face what must have been a horrific reality for most of Britain prior to WW1. In fact, it makes you understand why so many working class men decided that a life being shelled in the trenches offered them more than a working life in the UK.

But socialism has, particularly from propaganda that still pours like vitriol from the Republican camps of the US, had a bad rap over the last 100 years since Tressell wrote this. It has had a positive impact on many countries. I think books like this were particularly influential in the establishment of some great British institutions such as the National Health Service which I thank God for every time I use it in the UK.

But like all ideologies, socialism is flawed. It’s such a shame that writers like Tressell couldn’t see that at the time. It would have saved the world a lot of heartache. That Tressell was ignorant of this is evident throughout the book. Capitalism is totally lambasted and socialism is held up to be, literally, “the Golden Light.” Clearly such phrases as this are laughable today, and can’t be taken seriously.

Still, the book is an important one and should definitely be read as a good example of how the novel can be used as a vehicle of expression that captures the mood of a nation in history. 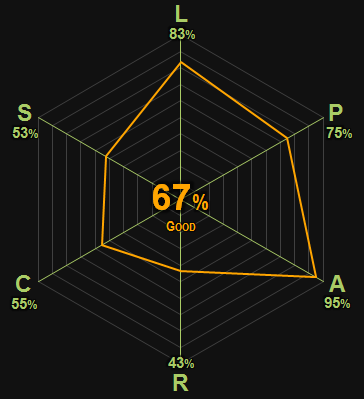 Context: Finally finished this off at our friends’ lovely house in Beamish, County Durham. REVIEW This was an amazing book and I can’t think why it isn’t better known. For…

Ishiguro has written some of the best books I’ve read. This is not one of them. Granted, it’s his first published novel so this is understandable. But this one simply…

Context: Everyone was wrapping presents for Christmas while I read this. Lots of book-like shapes with my name on them there! REVIEW A fine piece of reportage which is only…