William Golding is, for every British schoolchild of my generation, associated so strongly with the set text Lord of the Flies that it’s hard to believe he wrote anything else. But he did and if Rites is anything to go by, it is excellent.

Told in the first person as a letter to his sponsor, Rites is the story of a young and ignorant government officer on his first voyage overseas to 19th century Australia. The novel is set entirely on the voyage with not a scene taking place on dry land.

Golding has done a magnificent job in evoking the setting and era that it was hard to believe that this was written in 1980 as opposed to 1880. I was captivated by this right from the start by what at first appears to be a farce but quickly moves from comedy to tragedy.

Edmund Talbot is a young man with his head very firmly placed up his own aristocratic posterior. You never really like him from the get go and although you find his naivety laughable, you’re sobered by the thought that he is on his way to a position of immense responsibility in the new colony and that many will suffer as a result of his myopic pride.

As in Lord of the Flies, you have society in microcosm bound not by the relative vastness of an island, but by the confines of cabin quarters on a ship that has seen better days. You know that it’s going to go horribly wrong.

And wrong it does go in particular for the Reverend Colley who, despite being as young and ignorant as Talbot, has none of the protection aristocracy brings. He is the Piggy-esque figure who falls foul of society and it is his demise which causes the crisis for the community.

I really enjoyed this and was delighted to find that this Booker-Winner is the first of a trilogy. Wonderful! 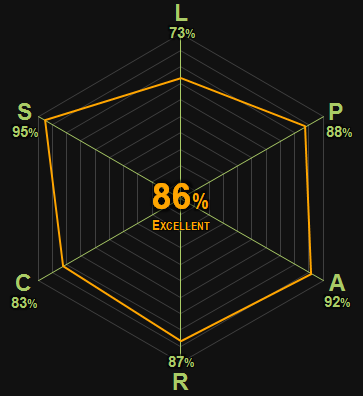 Context: First fiction I’ve borrowed from a British library in well over a decade. Got this one the day I joined Bar Hill library. REVIEW This is the story of…

Context: finished this on my way down to Tesco’s to get myself some shopping. REVIEW Yet another Austen and, as I suspected, they’re starting to take on much of a…