I’ve read a few of Le Carré’s novels before and always found them very complex and difficult to follow. I’ve found them a little like a game of chess or a teach-yourself book: I start out fine but about 15 mins in I realise that I’m supposed to know more than I actually do. At that point, I persevere but feel very insecure. Hardly an enjoyable experience. But this, thankfully, was so, so different.

Leamas is a spy who’s seen his better days (or has he). His fumbling of the Berlin office leads to his repatriation and reassignment to a desk job at the Circus (or does it). He lets himself go, drinking heavily and living in squalor (or does he). In the end, he decides to make the spy’s ultimate choice and defect (or does he).

Once behind the Iron Curtain, Leamas recent past catches up with him: his love life gets involved (or does she), and this spells doom for both of them (or does it).

Le Carré keeps you guessing at every turn of this short novel. It’s hard to believe that this was written in the early 1960s, it seems so modern a spy novel.

While many say that the humanity of Leamas stands in marked contrast to the woodenness of his contemporary Bond, I think this is because they are comparing him to the Bond that has emerged from the films. Certainly the Bond of Casino Royale has feelings similar to Leamas.

This novel is one of the finest spy novels you will ever read, and I’d recommend it as a quick and easy introduction to some of Le Carré’s more complex works. 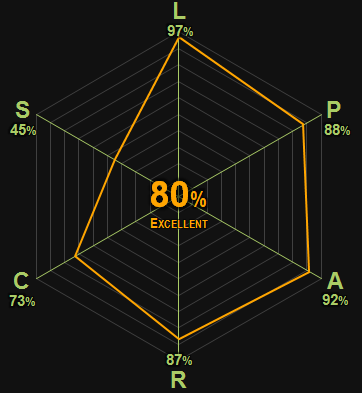 Context: Picked this up in an apartment with a view of the Bernese Alps where we stayed in Switzerland. REVIEW Norman Grubb is a bit of a legend. He spent…

REVIEW: Narrated by one of the three main characters, a young upstart whose zeal makes up for his naivety, this novel is fairly simplistic. In fact, the great irony of…

Following on from recently finishing Tropic of Cancer, Mrs Arukiyomi picked this one out for me. I thought I was in for the same rollocking ride that Miller took me…

My first Trollope and what a one to start with! An exquisitely constructed Victorian world inhabited by vivid characters and a strong plot to carry them along with. Trollope contrives a…