Another constipation-inducing Thomas Mann digested. This was even harder to get through than The Magic Mountain but at least it was half the length. If you’re into the philosophy of musical theory, this is the book for you. I can’t think it’s the book for many though. Granted, Mann has pulled of an astonishing achievement here with his research, his attention to detail and his command of metaphor and allegory. But people in comas are more interesting than long stretches of this.

If it wasn’t for the occasional section that had Mann writing his own feelings of watching his nation be pounded into humiliation by the Allies, I would have rated this book way further down the scale. I found it fascinating that, as the novel was written while the war was ending, I was able to get a rare glimpse into the contemporary German mind.

There is a fictional biography in there too which, like Mountain, is littered with all sorts of characters who make up for their astonishing individual diversity with a common desire to go on picnics and have densely intellectual debates on metaphysics. At least if I’d really accompanied them I could have fallen asleep on the grass and woken up when they were ready to leave. As it is, my eyes kept going while my mind slumbered.

A few interesting things happen to Adrian along the way. There is an encounter with a devil-like figure which is the only place where Mann really lets himself go style-wise. That was worth reading. But on the whole, I found it hard to pick up and easy to put down. 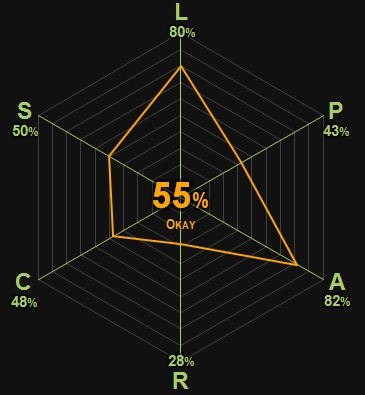 My what a splendid book this is. Vast in its scope and magnanimous in its treatment of the varied strata that made up a nation coming to terms with the…

Back when I lived in another world, I listened to The Rainbow, the first of this two volume story of the Brangwens of Nottinghamshire. Rainbow scored 59%. This one has…

Context: I bought myself a nice reflective yellow top to wear jogging while I listened to this in autumn’s gathering gloom. REVIEW I really like Wharton. This is the third…

Context: Developed a terrible infection from a mosquito bite on my left leg while I finished this off. Doesn’t look much but it took a week in bed to get…