This book sits right at the top of the 2010 edition of the 1001 books list. It’s exactly the kind of philosophical realism that my experience of French literature has led me to expect. The tradition seems alive and well in the 21st century.

The novel is written with chapters from two different points of view. The first is that of Renée, the concierge of a set of luxurious apartments in an exclusive district of Paris. The other is that of Paloma, the 12 year old going on 40 daughter of one of the families of residents.

Although they have origins that are poles apart, they share one thing in common: they are determined to hide their true personalities from the world. Both of them are progressing nicely with their plans when a Japanese man takes up residence and sees straight through them.

While I enjoyed the storyline and it made me question ideas about life and destiny, I think the strength of the novel lies in the way that it challenges intellect as the defining characteristic of humanity. From the start, both Renée and Paloma rain scorn and mockery down on everyone else from their ivory tower of intellectual superiority. It made me want to smack them in the face on more than one occasion. Although Barbery does not paint them with particularly attractive colours, the fact that every other character is seen through their tainted eyes means that they’re the only friends you’ve got.

Once Kakuro Ozu appears though, they begin to see that you can have superior taste and intellect or even wealth without making everyone else feel like their birth was some sort of natural disaster. And just when they are learning their lessons, the novel ends quite unexpectedly. It is, I think though, a justified end.

So while the novel seems to start out as a philosophical treatise as the protagonists wax lyrical about what is really important in life, you eventually realise that it subtly mocks those who put their faith in their ability to make themselves superior to those around them. I appreciated this very much. I think there’s a lot more to this novel actually than one reading might reveal. Definitely one to re-visit. 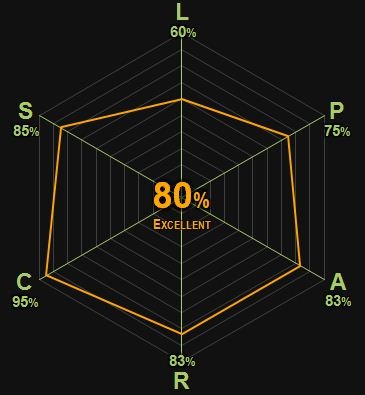 Context: Messed around on one of the world’s great slip’n’slides while I was reading this. REVIEW Heard that this is one of the most accessible Goethe’s and so it made…

Context: Finished this off on Trinity Beach just north of Cairns which is mentioned often in this novel. REVIEW A very, very long time ago, I was a teenage boy….