Reading Blue Like Jazz, earlier this year was something of a watershed for me. For a long, long time, I’d been feeling like a misfit in the church. It’s not that I stopped feeling out of place, it’s that I found Donald Miller was there with me; I felt I knew why I was actually a misfit and that it was perfectly okay. Searching isn’t nearly as good as Blue, but it continued the narrative in a very helpful direction.

The basic rationale of Searching is that we’re all looking for something and all the energies we expend, all the grand schemes we plan and all our motivations are to find that something. We’re none of us really sure what it is we’re looking for without Christ because it is he in fact which is it. There are very, very few people who can explain the whys of their life with any honesty. Most people don’t even think about it. They just do what their culture tells them to.

The strongest is that of the lifeboat and I found this very helpful. You are probably familiar with the old debate of a group of people in a lifeboat and one person has to be thrown overboard to save the rest. Who would you choose. Well, immediately, you start to compare each with the rest and to list reasons for/against them being binned. And that’s what living life is like. We’re endlessly comparing ourselves to each other, justifying why we shouldn’t be shunned and why we should be lauded.

It’s a philosophy, Miller argues very convincingly, that should be anathema to Christians. To follow Christ is to forsake lifeboat philosophy and to stop playing that game. And here’s why:

In the context of the lifeboat (motivated by self-preservation), the characteristics of “other people” become inferior simply because they are not our characteristics. Logic is thrown out the window, or worse, used as a tool to validate our prejudices. Philosophies, ideals, and even religious convictions become weapons for slaughter…the [Jesus sitting in the lifeboat with us, stroking our backs and telling us we are the ones who are right and one day these other infidels are going to pay]… is infinitely more popular [than the Jesus of Scripture] in evangelical culture.

I live in a community that, for better or worse, describes itself as a group of missionaries. I don’t subscribe to that epithet, but nonetheless I am, along with the rest of us, considered wrongly to be somehow ‘up there’ in the Christian hierarchy because I live off donations and work overseas. However, I can tell you that it is this community of Christians needs to hear this message just as much, if not more so than others because it is us who say we are trying to communicate Christ accurately to others. We need writers like Miller who remind us that Christ is not who popular Christian culture tells us he is. He is who he tells us he is himself.

And that’s the whole point of Searching: we’re here for relationship with Christ, not to follow some moral formula. Yet most Christians know the moral code way better than they know Jesus himself. This is sad. I was encouraged to read that Miller says he has done away with any form of formula in his faith. That’s hard to do. I can testify to that because for the last year at least, I have been trying to do the same. The idea that I can keep my faith in God alive by studying the Bible for 30 minutes a day has to be, absolutely has to be, absurd if Jesus is alive and real and living in me. So, I’ve been trying to allow my desires for Christ to motivate me to get to know him more in various ways. It’s working but it’s a struggle not to go back to the old ways and rely on the checklist rather than faith.

So, thank you again, Donald, for your candour, honesty and desire to help us do what we’re created to do: know Christ personally. 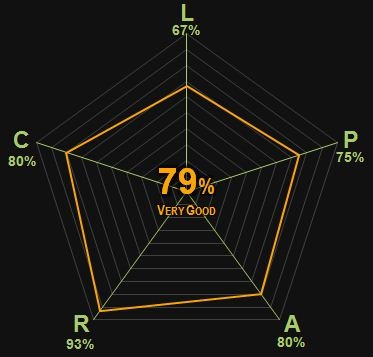