Fiiiiinally read this. I say that because, when I was a teenager, I bought an illustrated copy of this and never finished it. I’m glad I waited though as I think I appreciated it far more than I would have done had I finished it back then. There’s something about writing set in Africa that has some weight of pathos I can’t put my finger on. Out of Africa has it, in spades.

This is not the book of the film. Let’s get that straight. Anyone looking for a love story is going to be sorely disappointed. The book is non-fiction and autobiographical in that it relates experiences the author herself had. But it is not the story of her life but rather a series of short stories, episodes that, taken together, make up an image of a time long since passed in Kenya.

Dinesen writes beautifully with a great deal of understanding of the people she is observing and their culture. Take the first quote below as an example. She quite obviously had a deep love for them and there is, for the time, remarkably little of anything even approaching prejudice. More used to reading missionary accounts of such eras, I’m more used to reading more prejudiced views. So, this was refreshing and I had to keep reminding myself that she was writing at the same time Ghandi was being persecuted by a system my own grandparents were contributing to in India.

The characters she portrays are wonderful. From children to tribal chieftains, each one is what a character should be. Importantly, you never quite get to know any of the characters too well and I think this is profoundly similar to the experience I have had living as an immigrant in a foreign community (and I’ve had a lot of it.) Although you make friends, there is always an aspect to them that you know you will never truly understand, even if you catch glimpses of it from time to time.

The end of the book is very moving with bad news piling up through a chain of unfortunate events. Here the film will have you in tears where the book does not. Dinesen does not let her emotions wander too far down her pen. I couldn’t tell if this was some stoic underbelly or what and it gives the entire work a kind of reserve which prevents you from really engaging with her as an author.

Apart from that though, it was a very good read. 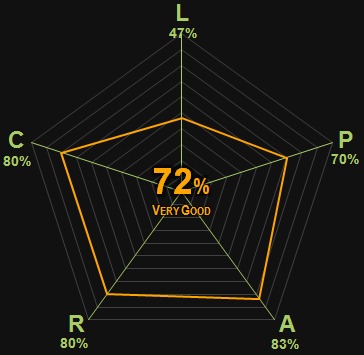 Key: Legacy | Plot / toPic | Characterisation / faCts | Readability | Achievement Read more about how I come up with my ratings.

Context: Finished this in Shanghai at the house of my mate Gavin whose collection of novels got me back into fiction after many years away. REVIEW According to Menzies, it…

Context: Finished this off just after a shopping trip to Tesco’s where I got two free blocks of cheese (always complain politely!) REVIEW Recently, I read The Old Devils by…