Wow, where did this come from? Never heard of Rebecca West in my life. The 1001 books list has paid off again and delivered a jewel into my reading lap. This was the first novel by a female about WW1 and it is one of the best I’ve read despite it being only novella length really.

I won’t tell you much about the story. I don’t want to give too much away. It opens normally enough in wartime England. Kitty and Jenny are missing their husband/brother Chris who is fighting on the continent. But  after a brief spell of domestic calm, the novel takes an unexpected turn and West begins to use a fantastic metaphor for war and our approach to it.

The novel takes place entirely in England. The trenches turn up only in imaginations of Jenny who narrates the tale. Kitty and Jenny find themselves confronted with Chris suffering the effects of a war-induced injury which has remarkable consequences for them relationally as well as ethically.

The characters are superbly drawn for such a short work and the tension between them reaches breaking point. There’s another character who I can’t really describe for giving the game away. Suffice to say she lives not 15 minutes walk from my own mother’s house in Harrow, west London. In fact, I’ve walked past the road that appears in the novel many times. Always strikes me as weird when such synchronicity happens to you as you read a novel.

Anyway, I found the whole thing captivating from beginning to end and I’m very happy to find that there are three more of West’s novels on the list. Great. 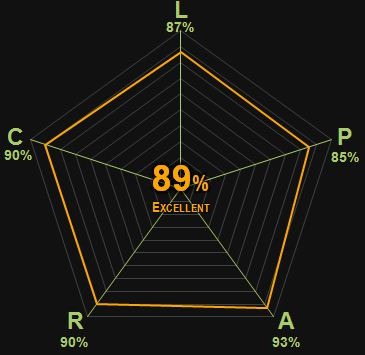 I can’t think of many novels that are as memorable as this one for its sheer audacity, its outrageous cheek, and the utter genius with which the writer sets out…

Context: Blogged this the day that I took part in The Amazing Race (hence the gear) – we came 3rd out of 20 teams. REVIEW On arrival in our current…

Context: Audiobook I listened to in a couple of days before going to Sri Lanka. REVIEW This gave me unpleasant flashbacks to Atlas Shrugged with it’s paranoid cast of characters…

Context: Got another pineapple out of the garden while I was reading this. Lovely! REVIEW Now here’s a wee tale that reads like a novelist’s version of the Biblical book…