Not read any Hammett before but as soon as I hit the first line, I recognised the inspiration for Raymond Chandler. Although Chandler was good, Hammett was even better.

This is the story of, Nick Charles, private eye who manages to solve a case even though he never really takes it on. Instead, playing from the side-lines, Nick pieces together the entire story, despite downing several drinks a page.

This was in fact, Hammett’s last novel. I just happened to pick it up first not knowing this. When someone creates a genre, as Hammett did for the hardboiled detective novel, it’s hard to read it as if it was a new creation. I did my best but I wish I hadn’t read a few Chandler novels first.And it’s hard to think of characters like Nick Charles without already picturing Humphrey Bogart in the role.

Still I found Hammett’s prose more edgy than Chandler’s. I really liked the way he describes very subtle details of characters that seem almost incidental and irrelevant. It keeps you on your toes wondering what’s significant and what isn’t – perfect for a suspense novel.

I didn’t figure out who’d done the deed as it were. The twist was cleverly constructed. I could have guessed but just went along enjoying the prose, the characters and the era. Now reading The Maltese Falcon which I’ve already realised is all this and more. 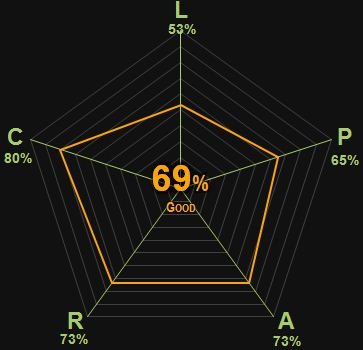 Previous post: 0340 | The Making of the Atomic Bomb | Richard Rhodes