Mrs Arukiyomi bought me this for Christmas… Christmas 2005 that is. Thought I should finish it off before this Christmas at least although I should be forgiven seeing as how that was in Korea and we moved back to the UK and then out to Papua New Guinea in that time leaving this in storage with a shipping company for years.

This is a mammoth book. Rhodes tells the story with a  level of detail that is astonishing. His Pulitzer Price is well-deserved. And, as befits a Pulitzer-winning book, the history is gripping, the characters fully fleshed-out and the whole builds to a tremendous climax.

The only trouble I had with the book was the level of technical detail that Rhodes had to include. At times it left me a bit clueless. If you’re not able to grasp the basic theories of how atoms work and how they can be split and their power harnessed, you’re not going to appreciate the genius of what these scientists achieved. I barely hung on to the technical side of things.

What kept me engrossed in the book more than the technological achievements was the excellent coverage Rhodes gives to the moral issues that suffused the science. These were absolutely profound. As is remarked on many times, the scientists did not invent atomic destruction, they simply discovered what has always existed. I think this is fair to say. In fact, it isn’t until the US enters WW2 that the bomb itself becomes the major focus of the work on nuclear fission. Prior to this, it’s the potential for power generation that is pursued.

The bomb would not have been possible without the the billions of dollars that the US govt. poured into its development between 1942 and 1945. Even with its massive resources and the work of thousands of people, it was something of a miracle that the first test, code named Trinity, was successful.

From that moment, their use in the war against Japan was almost certain. There were opportunities for the bombs not to be used, particularly the second on Nagasaki (which was only bombed because the original target at Kokura was cloudy). However, it is also highly possible that the Japanese would have capitulated through diplomatic channels within weeks of the atomic test. I find it deplorable that these avenues were not exhausted before their eventual use.

Having visited Nagasaki, toured the hypocentre and the A-Bomb Museum there and lived in Japan for six summers of memorial ceremonies in early August, I know the suffering that the bombs caused has not abated. It was not those in power that suffer but the people in the street.

It was the dream of many of the scientists working on the bomb that its creation would lead to a situation where war could no longer be waged. We now know this to be a flawed ideology. Conventional war has raged continually since WW2 somewhere on the planet and atomic weaponry has never been used (although we’ve come close at least twice.) War between superpowers may no longer be an option. But oppression of the non-nuclear nations by the nuclear powers has become commonplace .It is a situation that those who worked on the bomb would lament.

And so we live with nuclear power, nuclear weapons, nuclear medicine as a part of day-to-day life today and the great majority of us have no idea how we harness such vast amounts of power from such tiny particles. It’s something of a miracle and I thank Rhodes for helping me appreciate it more. 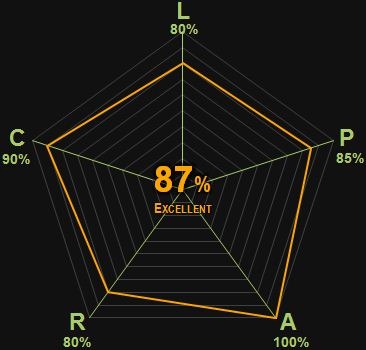 Recently added to the 1001 Books list in the new October 2018 edition, this title was worthy of its inclusion capturing, as it does, the state of race in a…

You know, I’m always disheartened when picking up a book to find a sticker staring back at me declaring that it’s been “Shortlisted by Richard & Judy’s book club.” What…

Boy this took ages to read. Just couldn’t really get into it until the last 100 pages or so. Couldn’t really place my finger on why, but I think it…