Boy this woman can write. With every book that I pick up of hers I feel like I’m in the presence of a writer the skill of which I can barely appreciate. I thank God that I’m not an aspiring novelist. Woolf would do for my literary ambitions what Flamenco has done for  my guitar playing! Jacob’s Room is not, for me, up there with The Waves which I still rank as the best prose I’ve ever read. But it is up there nonetheless.

There are so many layers of complexity in this novel that I hardly know where to start to describe it. It’s a story yes, but to describe the plot would almost be to miss the point. As with so many great novels, it’s not what it’s about but how it says what it’s about that is where the greatness lies.

Woolf’s ethereal prose captivates you from the start. If you don’t know what’s going on by page 3, don’t worry. You’re normal. Like an opera sung in a language you can’t speak, just go with the flow and allow the language to wash over you. You’ll strain out some nuggets as it goes past. You’ll strain out even more if you read it again.

Jacob is the central character. Everyone else revolves around him, his family, the women he loves, or who think they love him, the war, the Europe of his day. Even timeless masterpieces like the Acropolis are tied to the character, seen through him, given their rationale by him.

The eponymous room seems to only appear at the very end, almost the last page of the book. But there are glimpses of it all over the place and I’m sure it means much more than a physical room in any case.

One thing I’ve really come to appreciate with Woolf is something that I don’t know if any other writer I’ve read has ever done. She introduces people so effervescently and yet so comprehensively. Take this wonderful stretch illustrating a tea room:

She spent tenpence on lunch.

“Dear, miss, she’s left her umbrella,” grumbled the mottled woman in the glass box near the door at the Express Dairy Company’s shop.

“Perhaps I’ll catch her,” answered Milly Edwards, the waitress with the pale plaits of hair; and she dashed through the door.

“Oh that door!” grumbled the cashier.

Her hands were cased in black mittens, and the finger-tips that drew in the paper slips were swollen as sausages.

“Pie and greens for one. Large coffee and crumpets. Eggs on toast and fruit cakes.”

Thus the sharp voices of the waitresses snapped. The lunchers heard their orders repeated with approval; saw the next table served with anticipation. Their own eggs on toast were at last delivered. Their eyes strayed no more.

Nelly Jenkinson, the typist, crumbled her cake indifferently enough. Every time the door opened she looked up. What did she expect to see?

The coal merchant read the Telegraph without stopping, missed the saucer, and, feeling abstractedly, put the cup down on the table-cloth.

“Did you ever hear the like of that for impertinence?” Mrs. Parsons wound up, brushing the crumbs from her furs.

“Hot milk and scone for one. Pot of tea. Roll and butter,” cried the waitresses.

The door opened and shut.

Now that seemingly effortless prose is nothing short of masterful. But in terms of art, this is being able to catch the likeness of a person with just a few deft strokes. It is genius. Milly Edwards, Nelly Jenkinson, the coal merchant, Mrs Parsons. They never appear again in the novel and yet Woolf gives each of them a lovingly arranged set of words to live in. There’s such a depth to Nelly for example: that use of the word “enough”; the unanswered question; the contrast between her focus on outside and the next character’s focus on his inner being – both of them self-absorbed in completely different ways. Wonderful writing.

That this book is nothing in comparison, I think, to her later works is an indication of the brilliance to come. This novel was important in establishing that she was not just a novelist but a literary artist of the greatest magnitude, but it not her best. That is saying quite a lot. 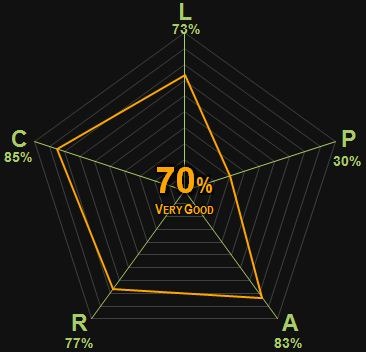 Next post: 0340 | The Making of the Atomic Bomb | Richard Rhodes