Right off the bat I’ll say that this is one of the most disappointing Booker winners that I’ve read. Usually, I can settle down into a chair with a Booker and within 20 pages I’m deep into some amazing literature. This book never quite took me there.

It’s the story of a woman and her dysfunctional modern Irish family, both nuclear and extended. I couldn’t find a single character I wanted to remain in the same room with. The book has the same melancholy feel to it as The Heather Blazing but Enright never reaches the heights of Toibin’s prose and the melancholy soon spills over into the dismally depressing.

The character who your trapped inside of has a predisposition to see things as Freud did. Take this excerpt:

I simply don’t understand that second sentence. And there were slightly too many sentences like that for me to feel comfortable between Enright’s covers.

What was good about it? Well, Enright does put me in the mind of an Irish woman going through a mid-life crisis, dealing with the unexpected death of a brother she seems to have had a love-hate relationship with and realising that certain fleeting images from childhood have long-term influences that far outweigh their brevity.

But this has been done before, many, many times and I can’t really see what Enright brings to the feast that is original. She can write, no doubt. But win the Booker? Well, it must have been an average year, that’s all I can say. [EDIT in 2014: I’ve just realised that this beat the marvellous On Chesil Beach to the Booker. It was not an average year at all. It was a travesty.]

Worth reading? I’m not sure it would be worth your while. But if you feel like a depressing, cynical look at family life, go ahead and knock yourself out. 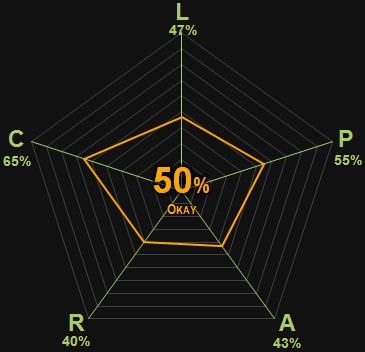 Context: Read this as the sun set over Parker’s Piece in Cambridge as I waited for my wife, sister and her kids to emerge from Parkside swimming pool. REVIEW Not…

Context: Finished this in the midst of scanning hundreds of photos wihle whittling stuff down to store for the next period of emigration. REVIEW For once, a book by…

Context: Read this while staying at my in-laws where I gave the spare room a much needed seeing-to. REVIEW This book I liked. It’s the story of your average disfunctional…

Leaving aside any controversy about whether McEwan borrowed the plot for this novel from another source, for an author’s first effort, this isn’t half bad at all. Macabre, disturbing and…

REVIEW Now I love Dickens but this wasn’t my cup of tea at all. What I really love is the amazing characters he creates. This book disappointed in that respect.