This is the third book on the psychology of love which I picked up when I was back in the UK April-June earlier this year. For the others, see my reviews of The Art of Loving and Conditions of Love. I have to say that this was the book I was looking forward to getting into most but which, in the end, delivered least. Nevertheless, it was a worthwhile read. It just had a high standard to live up to set by the other two.

This book is more about the science behind love, the “biological reality of romance.” It’s written by people with more letters after their name than Jimmy Saville and it shows. Occasionally, they quote poetry to make you think that they are well-rounded people but it’s a thin veneer which is easy to see through

In the preface, they say

Every book, if it is anything at all, is an argument: an articulate arrow of words, fledged and notched and newly anointed with sharpened stone, speeding through paragraphs to its shimmering target.

but somehow, although their book was entertaining and even informative, I missed what their argument, if they indeed had one, was in fact. On rereading the introduction, I discovered it, hidden under a flowering metaphor: an argument for love. As if to say that there is some movement out there which is arguing so strongly against it that it requires them to pool their intellectual resources to defend it. Even Hitler knew something of love. Just ask any of his dogs…. or perhaps Eva Braun. In any case, it seemed to me that saying we needed love was as straightforward as saying we need air or food. As I delved deeper into the book though, I could see that there are areas of our society where we allow economic or social pressures to prevent it altogether and that just such an argument is in fact needed.

In terms of style, that quote from the preface was also a sign of things to come. I’m not sure which of the three authors is responsible for it (it couldn’t be all three of them could it?) but there was a distinct tendency towards verbosity. Speaking of therapy, they write

the longer a patient depends, the more his stability swells, expanding infinitesimally with every session as length is added to a woven cloth with each pass of the shuttle, each contraction of the loom. And after he weaves enough of it, the day comes when the patient will unfurl his independence like a pair of spread wings. Free at last, he catches a wind and rides into other lands.

Laying stylistic features aside, there’s more in the content. Did you know that mammals removed from their mothers at birth and provided with every physical nutrient simply die or at the very best go insane? Reptilian infants do not. Mammals like us require limbic resonance or the presence of other beings, even if not of our own species, in order to grow up sane. This, they say, is the basis on which love cannot be denied a human being.

What’s more, long-term relationships between humans actually re-write the neuron structure of each other’s brains (limbic revision) to the extent where severe emotionally trauma results in being deprived the presence of that familiar other. They make a very strong case for at least one parent to remain at home and they focus on the mother because biologically, a child experiences far more limbic resonance with its mother than father, at least in the early years. And they are withering in their criticism of the medical profession who, without love, reduce patients to only their illness in their rush to cure the body alone.

They give one-night stands short shrift:

Loving is limbically distant from in love.

And there is a warning to those who think Mills & Boon have somehow captured any reality at all:

in love merely brings the players together, and the end of that prelude is as inevitable as it is desirable… loving is synchronous attunement and modulation. As such, adult love depends critically upon knowing the other. In love demands only the brief acquaintance necessary to establish an emotional genre but does not demand that the book of the beloved’s soul be perused from preface to epilogue. Loving derives from intimacy, the prolonged and detailed surveillance of a foreign soul.

And I can relate to this. It was a real breakthrough for me some years back to realise that my wife was a foreign culture for me to discover and learn about in all its fascinating and bewildering richness, accepting that I would always be a welcome stranger, but a stranger to her world nonetheless.

So, while this book is aimed at society as a whole rather than individual and spends at least 75% of its time building a biological rationale as the basis for an argument for love, I found some titbits to take away. My verdict though is that this comes in third behind Fromm’s Art of Loving while Armstrong’s Conditions of Love takes Arukiyomi’s Love Book of 2011 prize. 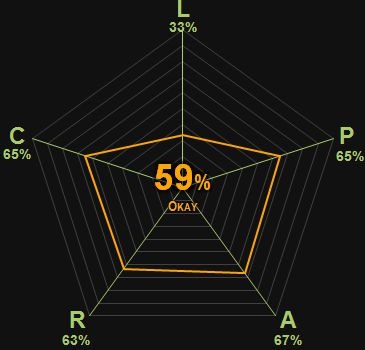