Haven’t read any Lawrence for quite a while. Actually, not since Lady Chatterley’s Lover back in September 2007. Missed him. This was a good novella, packed with the deep analysis of personality that I’ve come to expect from old David Herbert.

There’s these two women running a farm. They’re strangers in town, only been there a few years, and they’re having a hard time of it as their money runs out and their inexperience starts to show. There’s a fox that slinks around and steals their chickens and one day, March encounters it in such a way that she feels it is somehow trying to mesmerise her.

And mesmerised she remains because when, soon afterwards, a young returnee from the trenches arrives at what he thinks is his grandfather’s farm, she is convinced he is the fox in human form. Prey on the chickens he certainly does. Despite being far younger than her, the young man is set on making her his wife.

The psychology between first the two women, then March and the fox and then the three adults on the farm is deep and intense. There’s a lot going on here in regard to the roles men and women play in the lives of those they choose to love and/or give themselves to. For such a short book, there’s so much of it. I couldn’t help feeling that a longer piece of work would really do it more justice.

So, just dipped my toe back into Lawrence and am looking forward to a more lengthy swim in weeks to come. 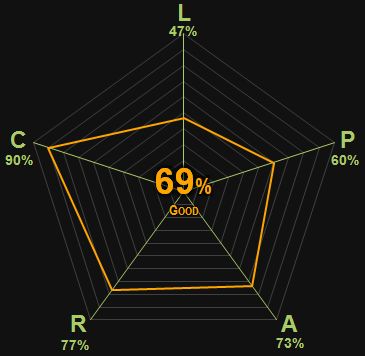 My, this was a strange one. Having not read any Beckett before, I really wasn’t sure what to expect. Being Beckett though, it seems that, even halfway through, it was…

Context: listened to this while I worked in the kitchens at Wycliffe. REVIEW This is a loooong book and I listened to it over about three weeks on my mp3…

Lyrically written as so many Irish novels are, this centres around the inscrutable patriarch of a rural family. Moran rules his family with an iron fist. He’s an old freedom…

Before we’ve reached the 100th page of this, Ms Walters can’t hold it in any longer: Maud stood very still, her pink lips parted [ooh er], her face put back,…