After having had one of the strangest experiences of my life attending meetings of a group of men who follow the Lo-Bos movement in a village in Madang Province, Papua New Guinea, this was a must read. It helped me sort out some of what I’d heard and gave me more understanding as to why I’d heard it.

Take any village along the northern coast of PNG and ask them how they came to be. Chances are, you’ll hear a story about two brothers who grew up, fell out and will one day be reconciled. There are many names for these brothers but most commonly, they appear as Manup and Kilibob.

This is not just a story. Many, many people here believe it to not only be true but to provide them with an entire framework with which to place the events of their lifetime, their ancestors’ before them and their descendants’ to come. So pervasive is this belief that to work anywhere in these areas without knowing the story and how it shapes the world these people see is to fundamentally misinterpret their entire lives.

Pech has written an extremely readable and useful book. It provides a historical sketch of northern PNG and interweaves this with the various versions of the story all the way from the Sepik to the islands that stretch down to the Solomons. Along the way, he relates the experiences of the colonists and missionaries, the military personnel and administrators who had to deal with its influence on the thinking of the people and thus, the book presents important lessons for those of us here today to learn.

And I’m one of those. When I was in the village, attending the meetings and trying very hard to dialogue with those who follow these beliefs, I almost broke my mind trying to understand it all. If you haven’t read my account of my experiences, then I encourage you to read An Encounter with Kalsa Bilip on another of my blogs.

Pech has provided me with a starting point to unravel what I heard at those meetings. I’m currently talking to an anthropologist who works in a neighbouring area about possibly honing my experiences into a research paper using Pech’s insights as starting points for academic dialogue. That said, there’s really no room here to do justice to all the book taught me. If I do share it, it will be via some kind of publication I think.

In closing though, I must just share with you one of the greatest typos of my reading life which appeared in a footnote on page 210 in relation to local hero Yali (who incidentally appears at the start of Guns, Germs and Steel). It’s buried in the full quote below for your amusement and pleasure:

The term messianic [for Yali] is not in appropriate, since every significant development in the area subsequent to the Pacific War was ascribed to Yali’s effective mediation in the spirit world…. the lighthouse on Kalibobo Point at Madang, which was officially designated the Coastwatchers’ Memorial, was for the believers, Yali’s memorial. For he had been a Coastwatcher; and it shone its penetrating beans far into the night, with the power with which Yali had endowed it… 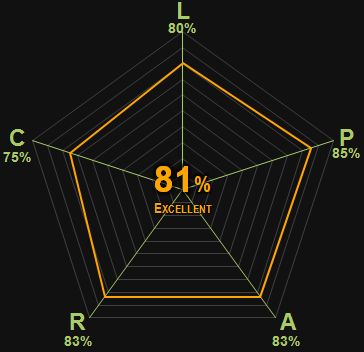 Context: Finished this in Shanghai at the house of my mate Gavin whose collection of novels got me back into fiction after many years away. REVIEW According to Menzies, it…

Context: While I was reading this, Mrs Arukiyomi made her first pot in quite a while. REVIEW Figes has obviously spent a lot of time researching this lengthy book about…

Context: Finished this as Mrs Arukiyomi was hosting one of her popular cafes one Saturday. REVIEW This was a really strange novel. You can’t win the Nobel Prize without being…