If you have hang-ups about the fact that you’re a little short, balding, got flabby arms, varicose veins or teeth like some ghost town saloon piano, you need this book. Boy, I’ll never complain about my body again. Never!

Leroi has done a great job of taking a very complex subject and making it understandable… well of making it easy enough to follow… for the general public. The premise is this: we are all fearfully and wonderfully made. It’s just that some of us are made in a way that induces a little more fear and wonder.

Starting with the formation of embryos (which really blows me away) and progressing through our anatomy until two final chapters dealing respectively with ageing and death, we are taken on a grand tour of the variety of our physiology. On the way, we are introduced to some truly amazing characters from the familiar James Merrick with his Proteus Syndrome to them less well-known but equally startling Maphoon with her Hypertrichosis Lanuginosa.

Hypertrichosis Lanuginosa, you say, what on earth’s that? Well, she was just covered in hair, just covered. And, yes, even the paperback edition I read has plenty of illustrations to satisfy your macabre curiosity.

Sure, some of the genetic analysis is a little beyond me. What am I saying, it’s waaaaay beyond me. But the way Leroi writes it doesn’t matter. You appreciate what he’s communicating, that you are in the presence of someone who knows exactly what he’s talking about and that if you just hang in there through the next bit of explanation of what proteins turn on what enzymes at what cell layers, there’ll be another fascinating morsel just beyond the next turn of the page.

One such morsel occurred on page 236 when it talked about the Eastern Highlands of Papua New Guinea. Now I don’t know about you but I feel all tingly when someone in a book I’m reading mentions the very place I’m reading the book in. I LOVE it when this happens! And what, I eagerly wanted to know, was weird in PNG… well, weirder than some of the things I’ve already encountered which have blown my mind.

It turns out that down the bush track from me here are a group called the Sambia that have a high rate of hermaphrodites living among them: girls who become men. This is based on a 1991 paper by Imperato-McGinley et al. and what’s more, the Sambia have some of the most arduous male initiation rites I’ve ever read about (and I’ve read more than a few).

The chapter on death fascinated me. Why? Because I never realised until now that geneticists simply don’t have an explanation for it. How bizarre, I thought, that the only thing we can guarantee with any certainty after birth is a complete mystery to us still. Incredible!

This is a very readable and fascinating account of what can happen to a human body. It made me even more thankful for the healthy, fully-functioning one that I’ve been given, made me even more dependent on God’s mercy in light of the inevitable genetic mutations I must have inherited from my foreparents and gave me increased admiration and compassion for those who live fruitful lives despite inheriting a less than complete set of DNA. 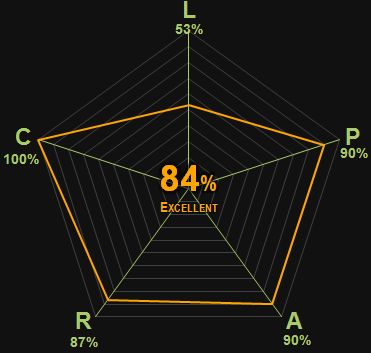