This is the second in a set of three books that I bought about love. I was interested to hear what the world of psychology and philosophy had to say on the subject and this book did not disappoint despite it not being as good, I thought, as Conditions of Love by John Armstrong which I read in June.

Fromm was a German Jew who left Germany on the rise to power of the Nazi Party in the early 1930s. Ending up in New York, he continued his rise as one of the leading scholars in psychoanalysis. The Art of Loving was his most popular book and was first published in 1954.

Again, like Conditions of Love, Fromm states that love is not a feeling. He went further than I felt Armstrong did though in stating that love is a skill that should be developed through disciplines such as meditation, reflection and self-control. He draws a great deal from his reading of Eastern religions such as Christianity and Hinduism.

I think the most important aspect of his book which is often misunderstood, particularly in modern day Christianity, is the concept of self-love. He goes to some pains to argue that unless we make taking care of ourselves a priority, then we are unlikely to ever be able to love another as we are intended to. Along with his premise that love is a skill, he argues convincingly that unless we become mature and developed in our own characters, our ability to love will remain handicapped. I know this to be true in my own life and experience.

Like Armstrong, he soundly castigates the modern Austenesque misconception of love as a romantic ideal. I feel we really can’t hear this message enough these days and our literature has an appalling lack of the true reality of love as a willful commitment to the undeserving.

While Conditions of Love spoke more to the marital side of love in my life, Fromm spoke more to my love of God. The quotes below resonated so strongly with me especially with my experiences of knowing God and being with him so very intimately that questions of theology pale and become unimportant. I wish more of us could experience this, particular within my Christian circles. 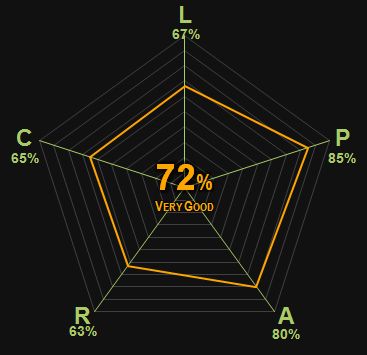 Context: Courtesy of the mother in law, I read this while working in the Wycliffe kitchens. REVIEW Reading up on PNG history is one of the areas I’m focussing on…

Powerful and at times gripping, this is not what I’ve come to expect from novels from Latin/South American authors. In fact, this is the very first of the many I’ve…

Now this was a Mann novel I could get into. This masterfully told epic of generations of a German family shows their demise from a close family of business leaders…