And so I have finally read a book that all USAnians seems to have been forced to read at school at some point. So, now they’ll no longer gasp in disbelief when I say “Nope, never read it!” I usually follow it up with “But have you read Bury My Heart at Wounded Knee?” and then it’s my turn to gasp in disbelief. What did I think of this modern classic? Well…

I can see that this is a good book and that it is important reading for the young USAnian. I mean it has much more cultural relevance than Lord of the Flies does for us Brits and we all have to read that (it seems). But I honestly can’t see why it won a Pulitzer and has sold billions of copies. Excepting that is that it is short enough to be taught in school and is told from a child’s point of view. Given that, it doesn’t have much competition that I’m aware of for being a hit with schools. Maybe that’s why it was a hit… just in the right place at the right time.

It’s a waaaaay better book than the film. I so wish I didn’t have to endure repeated memories of Gregory Peck in black and white (certain racial irony there methinks) in court. The book is much much richer and you get a far better sense of the intimacy of the experiences that Scout describes and their impact on her.

The story doesn’t really hold together for me I’m afraid, despite the fact that I like Scout as a character. It’s not a bildungsroman really. It’s not about race issues really. It’s not a cleverly disguised critique of the adult world of the time. It’s kind of all these things rolled into one really, and in such a short book, that’s a lot to pull off. I wonder whether Lee accomplished this to the detriment of the cohesive whole.

I tell you one thing I did like and that was the ending. It’s kind of hanging there and you’re not sure where it might go. Also, everything doesn’t all work out happily ever after which also helps me realise that the author lives in a reality similar to mine.

So, it’s important and that’s why my rating has turned out as high as it has for a book I didn’t enjoy 74% of but realise the legacy of. 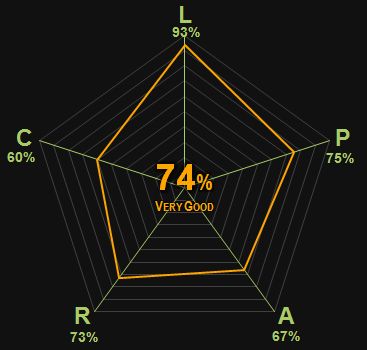 REVIEW This book deals with issues that I’ve always queried, ever since my family encountered magic and witchcraft in west Africa when I was a teenager.

REVIEW Finally got through what was one of the best librivox.org recordings I’ve heard. Coming only a couple of months after Cloudsplitter, I don’t think I was really ready for…

Context: Finished off this on my bed at the Wycliffe centre. REVIEW An amazing book that, for a first novel, is a great feat of literature. There’s so much going…