Never read any Pynchon and the back of this one said that, if you hadn’t, this was as good an introduction as you’re likely to find. Now I’m worried. I’ve got much, much thicker books by Pynchon and quite frankly, I’m not looking forward to even opening them.

This is a kind of Fear and Loathing in Las Vegas meets Orlando meets On the Road only less funny, just as confusing and more disjointed respectively. I have to say that, as I make my long way through the 1001 books list, the so-called American novel is starting to wear on me. Quite what Pynchon was trying to achieve, other than get published, is beyond me. In fact, from comments he makes about the novel himself which are quoted on Wikipedia, the point may have eluded him too.

But like so many novels I read which I don’t get, I find people telling me that they are parodies as if that is supposed to forgive a meaningless novel. Well, I must be getting a bit fed up with parodies too. They’re a bit like inside jokes, relying heavily as they do on you understanding all the little nuances and references to obscure culture. The further removed the reader is from the time and culture of the parody, the less likely the author is to actually make their point successfully. Good parodies actually parody things that are common to humanity (A Modest Proposal springs to mind for example). Bad parodies, like this one, are a little like reading a stranger’s diary – you can read the words but they make little sense. So little sense it seems that, having read it, you’re no better off.

So, I didn’t enjoy this at all. It was the longest 120 pages I’ve read in a long time. It’s so far ranging in it’s scope that you spend most of the novel lost trying to make sense of the whole thing. Despite the opening and closing lines and the title, it seems to have nothing to do with executing a will (which, by strange irony, I happen to be doing at the moment) or an auction. And that pretty much tells you all you need to know. 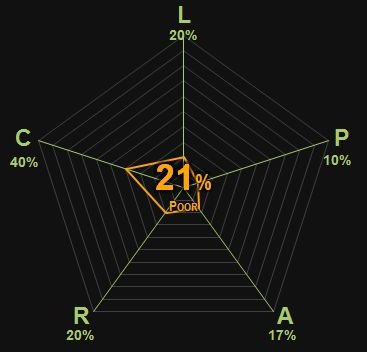 Context: Finished this off while I was attending the first workshop of the Oral Literature Project at Cambridge University. REVIEW Another tale of woe from Wharton. I can forgive anyone…

What a beautiful novel is Trevor’s paean to loss, regret and life itself. I can’t tell you how it cleansed the palate after the first three books of Updike’s Rabbit…

Context: Read large parts of this while doing a loooong backup on my laptop. REVIEW Now this is an interesting book. It’s interesting because, as far as I know, it’s…