All I could think about was the chariot race when I picked this up… and I was surprised to find that it appears not even halfway through the book. What on earth else could be in there that I don’t remember from the film. Quite a bit, it turns out.

The story goes roughly like this: Ben Hur is the wealthy son of a Jew of revered standing and lives surrounded by a sister and mother he idolises. All is set for a life of privilege. This is shattered though when a dislodged roof tile nearly kills a Roman leader. He is imprisoned as a galley slave, his mother and sister lost to him. One thing leads to another and he ends up saving the life of a Roman military commander who adopts him as his son.

Oh, I forgot, he has a childhood friend who is now his sworn enemy and a brush with Jesus who offers him a cup of water as he is being led away as a slave from his home in Jerusalem. Anyway, this childhood friend he defeats in the famed chariot race. And while I thought the book ends there, it goes on to recount the discovery of his mother and sister and the restoration of all he has lost as Jesus heals them both from leprosy.

Throughout there are lots of side stories. There are a couple of romantic interests who vie for his heart and represent the two worlds of beauty and power versus beauty in humility and peace. In all it was a pretty engaging read.

It was though, written quite a while ago (1880) and sometimes the prose is a bit flowery for my liking. I found it interesting to have a book weave fiction with the factual life of Christ, particularly the crucifixion and episodes from Jesus’ ministry. And I was enjoying the rivalry between Ben Hur and Marcellus until he was effectively killed off after the chariot race.

I didn’t know that it remained the best-selling US novel, taking over from Uncle Tom’s Cabin and running all the way until the 1936 publication of Gone With The Wind. That’s over half a century! Not only that but in the 1960s it again topped the best-seller list, no doubt aided by the record 11 Oscar award-winning film of 1959. In fact, it holds the record for the largest print edition of any book in one year in US publishing history. That’s some legacy, and it is based pretty much around the story because the prose isn’t going to win many awards.

Certainly an important book in literature then but one for the public, not the literati. 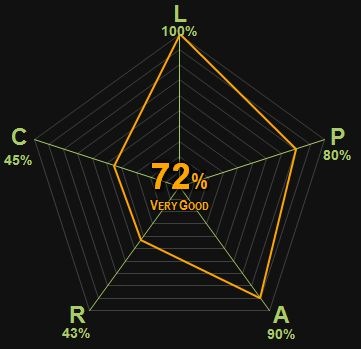