I wasn’t really sure where this book was going when it started off. Sounded like another weird Victorian sci-fi like She or Erewhon which I find a real drag. But then I realised that this is an early spy novel and that it deals with scuppering German plans for a naval invasion of Britain. Now while that sounds a bit passe, it was anything but at the time it was written. I was astonished to find that this was written in 1903.

To write such a novel at such a time shows remarkable foresight, particularly as it was extremely critical of the lack of professionalism in the armed forces in Britain at the time. Considering that a mere 11 years later we were at war with Germany and to repel an invasion attempt less than 40 years later, the novel is little short of prophetic.

The book was extremely influential and not only in literary terms, setting the standard for spy novels to this day. In actual fact, the British Admiralty actually acted on the risk that Childers presented, building bases to counteract the threat, bases which still remain active today. Wikipedia reports that two sailors repeated the journey in the book in 1910 in order to actually scout German preparations!

The book is laced with sailing detail which, if you’re a fan of sailing or the Frisian coast in particular, you’ll love. I’m not. So, while I commend the novel for its influence and legacy, I cannot give it the same praise for its prose. Mind you, I’m not a fan of Le Carre and novels of that ilk anyway so I’m probably not the best judge.

Glad I read it though but glad it’s the only Childers book on the list. 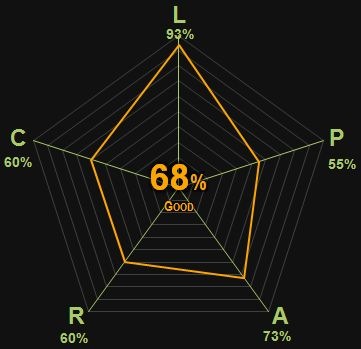 Context: My mate Chuck suggested I read this. I read it in a day as that’s all the time I had at his house in Kumamoto, Japan.REVIEW Not bad but…

Context: Snow outside, great fire, comfy sofa, cosy pub, pint of Bulmers -wonderful. Shame the book was pants. REVIEW As with Heart of Darkness, I found this a labour to… 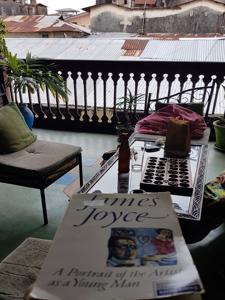 Joyce is such a wordsmith, He’s so able, at any point, to spring off with a bound and run with words in such a way that you really have to…

This was not at all what I expected from the title. In fact, even having finished it, I really have no clue as to why it is called this at…