I’m wondering if this book will somehow define a watershed in my faith. I hope so. Claiborne and Haw have come up with something that is potentially explosive where I live, a model of USAnian Republican Christianity. It’s not that they’re saying anything new, it’s the context in which it is said that makes this book dynamite.

No one who truly understands the character and teachings of Jesus Christ can fail to be disturbed by the political policies of the United States. Let me start out by staying that the US is no more or less corrupt than any other nation you might happen to brush with. But what makes the message broadcast by the superpower of the moment so insidious is the fact that it is presented with a sugar-coating of spiritualism that claims that it is a Christian nation with a president (at least of the time Jesus for President was written) who follows Jesus.

Claiborne and Haw describe what following Jesus looks like for the first third of the book. The second third is dedicated to showing that whatever the US follows, it isn’t Jesus. The final third of the book is a description of what society could look like if it did follow Jesus. I found the first third a bit boring, the second had me cheering from the stands and the third had me on my knees with a notepad. I found it exceedingly challenging.

Described here is a very compelling argument as to why the US versions of nationalism, democracy, capitalism and foreign policy are anything but comparable to the teachings of Jesus. It’s a message that I dearly wish my Republican-minded US colleagues and friends would engage with. Note, I didn’t say follow. We’re no more to follow Claiborne and Haw than Bush is to follow Wolfowitz. But in 90% of the conversations that I have with people who believe what this book challenges, I find there’s absolutely no room for argument. To be Christian is to be Republican and, perhaps more importantly, vice versa. But as the authors brilliantly point out in response to the question of whether the US is in fact a Christian nation:

The United States is Christian insomuch as it looks like Christ.

Now I have no problem with Christians taking a political view. In fact, I have problems with Christians who think you should not or, more naively, cannot take one. But we have been warned to be as wise as serpents and navigating political waters these days, as in Jesus’ day, requires great wisdom. As they say

Those who leave no room for argument perhaps leave no room for God to speak to them through works like Jesus for President and that, for me, is a great tragedy. We need present-day prophets like Claiborne and Haw to remind us of what Jesus teaches and to remind us that he is the standard that we should measure ourselves by daily. Listen to this for a sample of what you’re in for here:

In [the fourth century church’s] pursuit of "making disciples of every nation" and baptizing all those within the [Roman] empire, they stumbled into baptizing the empire itself…. producing what so many liberal and conservative Christians want today – an empire run on the blood of Jesus Christ, a holy Christian state. Through inheriting all the "kingdoms of this world," the church became the kind of beast that Jesus worked and taught against. The history of the church has been largely a history of "believers" refusing to believe in the way of the crucified Nazarene and instead giving in to the very temptation he resisted – power, relevancy, spectacle. One says that we must love our enemies, the other says that we must kill them; one promotes the economics of competition, while the other admonishes the forgiveness of debts. To which do we pledge allegiance?

I’ve lent this book to someone else in the community now and it will be making its rounds. It will no doubt spark debate. I have a feeling though that Claiborne and Haw… and Jesus… are after repentance, not simply debate. 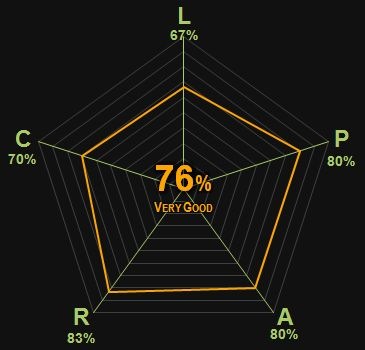 Next post: 0307 | The Riddle of the Sands – Erskine Childers